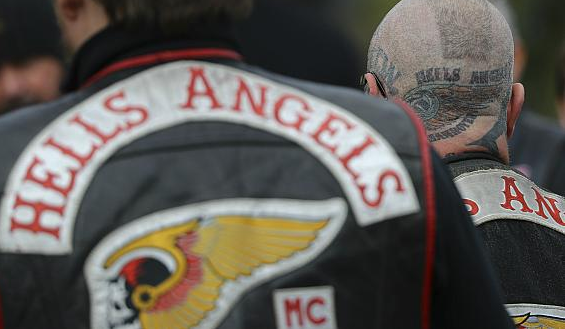 An ex-Hells Angels associate formerly based in Kelowna has had his deportation from Canada deferred due to the COVID-19 pandemic.

David Roger Revell is a United Kingdom ex-pat who moved to Kelowna at age 10 in 1974. He remains a British citizen but has never applied for Canadian citizenship.

In 2016, he was ordered to be deported after being convicted of assault in a domestic violence case, which led to a review of his permanent residence status. Revell also has a prior conviction for cocaine trafficking which stems from an RCMP investigation in 2008 into the East End Chapter of the Hells Angels.

Several times, Revell attempted to appeal the deportation order but all were dismissed — until last week.
Aryan Cowboy Motorcycle Club is being investigated over harassment complaint filed by Muslim woman

Revell’s flight to the U.K. was scheduled on June 23, but Federal Court Judge Michel Shore granted Revell a last-minute “deferral of removal” on June 19.

Revell’s lawyers argued the U.K. has been one of the countries most severely impacted by the COVID-19 virus and he did not have the funds to acquire a space to safely self-isolate for 14 days upon his arrival, as is mandated by the U.K. government, and he could face £1,000 fine if he doesn’t. Revell also has no family or support system overseas as he has not spent significant time in the U.K. since he was a child, according to his lawyers.

Judge Shore agreed in his decision, stating Revell would suffer “irreparable harm” if he were removed to the U.K, adding that he does not appear to be a danger to the public or a flight risk.

“It is one thing to re-establish oneself in a country the applicant does not know, it is quite another to do so when the world has been turned upside-down by COVID-19,” Shore said in his ruling. “This context would most certainly lead to grave peril for the applicant and, perhaps others in his midst, if his quarantine is not respected due to such proposed air travel and waystations where he may find himself.”

Hells Angels have won back possession of several locations across B.C., including the one in Nanaimo

Shore ruled that Revell can stay in Canada, where he currently works in the oil industry in Provost, Alta. He will be deported once medical professionals deem it safe to do so.