Harley Davidson is rumored to be introducing a new model to its line up. Harley has filed with the US Patent Office the Name “Bronx”. It is rumored to be in the 750 cc range and targeted towards the urban population, as well as the younger demographic. Will it be enough to get the younger generation involved in its brand? Personally, I think Harley Davidson will have to go a lot farther if they are to entice the next generation of riders. The first thing, in my opinion, Harley Davidson needs to do is find a way for the price of their products to be affordable. If it is difficult for a middle age working man to afford a new bike, how the hell is someone from this new generation going to be able to afford it? Harley is going to have a tough sell getting a generation off Xbox to jump on a bike in the first place.

Harley has two competing factors going against it. First one is this younger generation has been VERY slow to grow up, most still think it’s ok to live at home with their parents. Secondly, this generation is not work inspired, many cannot hold a job more than a year at a time before they move onto the next one. The hard truth facing Harley Davidson as well, its brand isn’t what it use to be. We can all argue about reliability for days, but the Brand itself is facing an obstacle that it hasn’t faced before. It is no longer the King of the hill in many riders eyes.

Many of the riders out there today really don’t subscribe to the fact that “You have to ride a Harley” to be the coolest biker around. The opposite is actually happening now, people do not care what kind of model of motorcycle you ride, as long as you ride. One of the biggest things Harley Davidson has always had going for it was the fact that it enjoyed wide support among its riders. It was the riders that made its brand, not the company itself. Harley Davidson enjoyed the rewards of a sector of riders who believed in an American bike, those riders were the free advertisement that made Harley Davidson what they are today.

What did Harley Davidson do with that rider loyalty? In the mid-90s they started turning away from those who were behind the company 100%. Harley Davidson started to price out those who stood behind them. When the price increases started, that is when you saw the early beginnings of riders going over to the competitors. The competitors such as Honda, Suzuki, and Yamaha started coming out with more stylish bikes. The bikes they came out with were also very reliable and priced to where people could afford them. Harley Davidson in a sense was it’s own worse enemy.

Fast forward to 2018. Harley Davidson is now playing catch up with the competition because of a business plan started decades ago, blew up right in their face. The loyalty which they took for granted is now at an all-time low. I use to be one of that hardcore loyalist who would stand behind the company at all costs. No more, I own a 2001 Fatboy, but it will be the last Harley I ever own. Don’t get me wrong, I love the hell out of mine, but when I go for a newer bike it will be either a Honda Goldwing or Midnight Star. As I start pushing 50 I’m no longer interested in the rough ride, I’m looking for a more smoother dependable ride and I don’t feel like spending a house payment on a Street Glide to get it.

Will Harley Davidson be able to turn the tide of downward sales? Honestly? I don’t think so, they’ve done so much damage to their customer loyalty towards their brand, it will be an epic uphill climb to turn that tide. 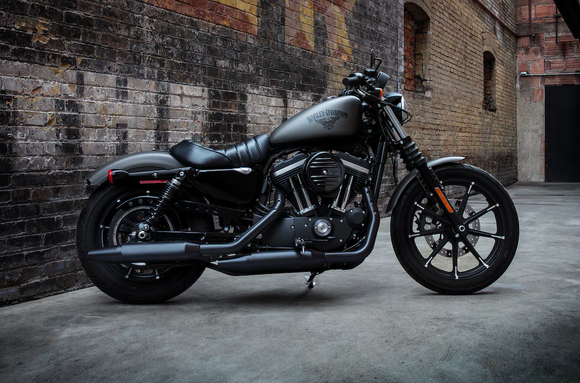 The Bronx is up

If there’s an urban environment that still has that visceral, edgy feeling, it’s the Bronx, one of the five boroughs of New York City. Brooklyn has gone hipster, Manhattan is too upscale, Queens, though ethnically diverse, is cultured and artsy, and Staten Island, well, it doesn’t feel like you’re even in a city. While there are a lot of cities Harley-Davidson could have chosen, the Bronx is still raw in most people’s minds and would do well as an immediate depiction of what it would be like on a new Harley cruiser.

There are other metropolises, of course, that elicit a similar response. Detroit’s one, but it’s far too closely affiliated with automobiles to make the leap to motorcycles. Chicago is another, but maybe the Windy City doesn’t have that same appeal. And Milwaukee was already assigned to Harley’s new engine. Despite being the home of the New York Yankees, the Bronx Zoo, and the New York Botanical Garden, the Bronx arguably doesn’t have a separate identity.

It is unknown what Harley-Davidson actually has planned for the name. Industry site Motorcycle.com seemed to be the one that noticed the application first, and noted that it does say it’s for “motorcycles and structural parts therefor,” suggesting it may be a new bike, but Harley has never before named one of its bikes after a place. Polaris Industries has only done it once, with its Springfield model, which it noted was the birthplace of Indian Motorcycle.

A question of style

The application also gives no indication of what the bike may look like, though it’s easy to imagine the Harley-Davidson Bronx being part of its Dark Custom line that it introduced several years ago — first with the Iron 883, then with its Street 500 and Street 750 models. It was those models that were supposed to appeal to the new rider demo, as the middle-aged male receded from buying its bikes in large numbers.

And though the Streets originally were some of Harley’s big sellers, their appeal seems to have waned. In the third quarter, shipments of bikes in its Sportster/Street segment tumbled 14% from the year-ago period and are down 11% year to date, indicating that the decline is accelerating.

In addition to not knowing what the Bronx would look like, we also don’t know when it would appear. An applicant has three years to use the trademark or risk losing it, but the USPTO has said it won’t even assign an examiner to research the application for about three months, so it’s not about to come anytime soon.

Still, Harley-Davidson has committed to building 100 new motorcycles over the next 10 years in a bid to bring 2 million new riders to the brand. In 2017 it introduced the Road King Special and the Street Rod, and followed that up for the 2018 model year with eight new bikes that were announced when it said it was folding its popular Dyna platform into the Softail and killing off the V-Rod. Those bikes included the Fat Boy, Heritage Classic, Low Rider, Softail Slim, Deluxe, Breakout, Fat Bob, and the Street Bob. It’s since reintroduced the Sports Glide as well. And not a state, city, borough, village, or Rural Free Delivery name among them.

It’s clear, though, that Harley-Davidson needs something that resonates with riders. It’s facing its fourth straight year of falling sales, and there’s not much to suggest that there’s a turnaround coming in 2018, its new lineup notwithstanding.

Increased competition, an industry that’s declining, and a portfolio of high-priced bikes in an environment of discounting doesn’t bode well. If the Harley-Davidson Bronx is a new motorcycle, and not just a line of aftermarket parts and accessories like its Screamin’ Eagle line,  it’s one that ought to be bold enough to change the dynamic for the bike maker. That does sound like something the Bronx could do.

To Submit your Biker Story , News lead, Bitch us out, or even give us a compliment on a story : Email it to insanethrottle@hdbikernews.com