A READER WRITES: In all honesty, no telling how deep these roots go, way up the federal lines for sure and maybe up to the Clinton drug ring. That’s not a big stretch. It’s convoluted and intricate. But I’m sticking with my bone that the Cossacks were and maybe still are contracting out for border security for ranchers on the border and that messes with the drug trade money being paid to the feds by the cartels.

The Occupied Nation of Texas, Tamaulipas, S.A. – One wonders if the troubles didn’t come on full bore with the threat to blow up the busiest bridge in the most lucrative inland port in the NAFTA trade – Laredo.

One thing for sure, all it took was one Facebook message from a III%er commander, former Cossacks MC National Sgt at Arms KC Massey III, to put a stop to the nonsense. The transaction pointed up the new trend in mass communications, brought the action into more stark relief, to say the least.

it all came in the midst of a national backlash at the lackadaisical federal enforcement of border security measures that began to outrage an increasingly inflamed population of taxpayers weary of footing the bill for what is clearly a function outlined in the duties of Congress – Article 1, Section 8 of the U.S. Constitution. DON’T TREAD ON ME!

A minor subplot of the resulting drama began to unfold in a border rivalry between the most dominant patch in Texas, and a challenger outfit, black and gold, that arose to the challenge. 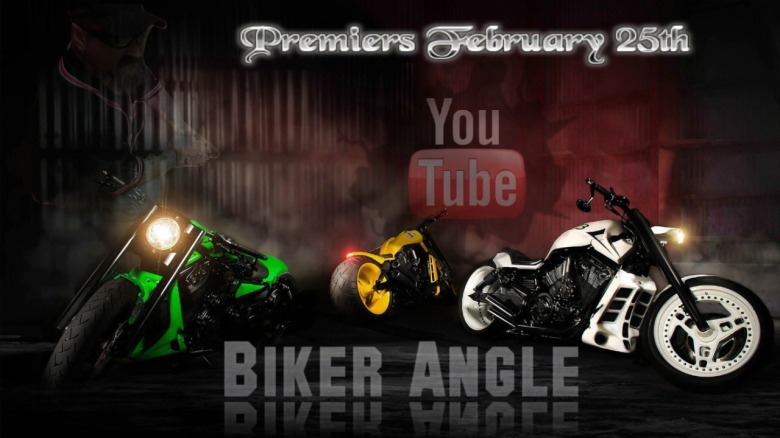 Long before the announcement of JADE HELM 15, a Department of Homeland Security training program for Special Operations commandos and on-scene commanders cooperating with the Department of Homeland Security, the die was cast when Gov. Richard Perry, a presidential aspirant, arranged to take $4.5 million from a special motorcycle safety fund of $13.5 million in order to buy speed boats and machine guns for the state troopers to use patrolling the Rio Grande. The fund had accumulated from $5 fees collected on motorcycle registrations, a program of the Texas Confederation of Clubs.

Onwards. How can one ignore the very fact that a south side Windy City ghetto “community organizer” occupying the White House had flung to the four winds one of strongest federal mandates of all time – that Congress would be responsible for the security of national borders and the collection of all tariffs and import duties. It’s called the new city of Power Vacuum, and it stretches from Brownsville to San Diego, over here. Oh, yeah.

In the ensuing months, the new commo network of choice, Facebook, began to purge its pages of any and all who openly espoused the power of We The People to take and hand and become active in the national dialogue behind the trigger of a gun.

Naturally, the resulting fallout was as predictable as the afternoon seasonal subtropical rains. Black and gold crews guarding private property began to have a profound effect on a trans-border trade that rivaled the dollar value of that which was legitimate on all counts.

The confrontation came when a high-ranking Border Patrolman confronted Massey and the rest of Rusty’s Raiders on the banks of the river and repeatedly asked him if he wanted hin to “guide you out” of the cotton patch, to safety, to their camp, and Massey refused with all due respect. Both men used the word appreciate repeatedly, and the result was a non-starter. It wasn’t long before the federal hammer came down – heavy.

While his fall partner, “Jesus,” plead out to the federal charge of a felon in possession of a firearm, Massey risked a judge trial to test previous rulings and possibly make case law.

That didn’t work out so well.

In the lead-up to Sons of Liberty Riders’ “Wave 7” rally on the Courthouse Square at Waco, one can only be mindful that the last time America experienced Civil War, the disaster resulting was preceded by a border war in the same area of the nation. the Texas-Mexican border. The cassus belli: import duties and tariffs levied on sundries and durable goods at southern seaports on the east coast; the military objective of the border war, to repel any possibility of foreign intervention in the coming war between the states.

Hewitt – Yeah, Brad Wilson got popped for soliciting prostitution online. True story. Doesn’t mean he’s guilty. Only he or a jury can determine that.

Is he a friend of incumbent Abel Reyna? Indubitably. They participate in the Goodfellas program that makes sure kids get Christmas gifts.

Is Brad Wilson the the owner of Limousines, Ltd.?

No way. The Better Business Bureau and Yelp have got it all wrong.

James Sill was a driver there until 2015, when he wrote Mr. Wilson a check and purchased the outfit lock, stock and, uh – stretch.

With a few key personnel changes in the driver staff, he is happily providing services to his customers. You can look those guys up on the local jail list and court dockets.

Said he had some issues with some of the other drivers, and he fixed that.

I like the attitude. James Sill just went to the top of my list of favorite limo operators. My kind of guy.

Unfortunately, we would have to follow other reporters around to bring you the goods on the complete list of 47 unfortunate souls who got into online chats with young ladies seeking friendship.

It must be that time of year for Sheriff’s Office Detective Scaramucci, the Department of Homeland Security-funded police officer who operates the federal program aimed at outing Johns who patronize on-line prostitutes.

Under the law, they’re as guilty as the pimps and prostitutes who ply their trade online – or anywhere else.

Personally, I have received hundreds of entreaties for my friendship from young women who display a lot more than their faces on Facebook, but have no other content on their pages. I’m asking them to pull the other one; it has bells on it, and to say hello to Scaramucci. Good cop, but, hey, Joe, come on.

Another cop I know, Chief Danny Krumnow of the Riesel force, told me I should do a public information act request t learn where Scaramucci gets all these pictures. We’ll give that a miss.

So mote it be.

Laissez les bon temps roulet! Everybody got to be somewhere, no?