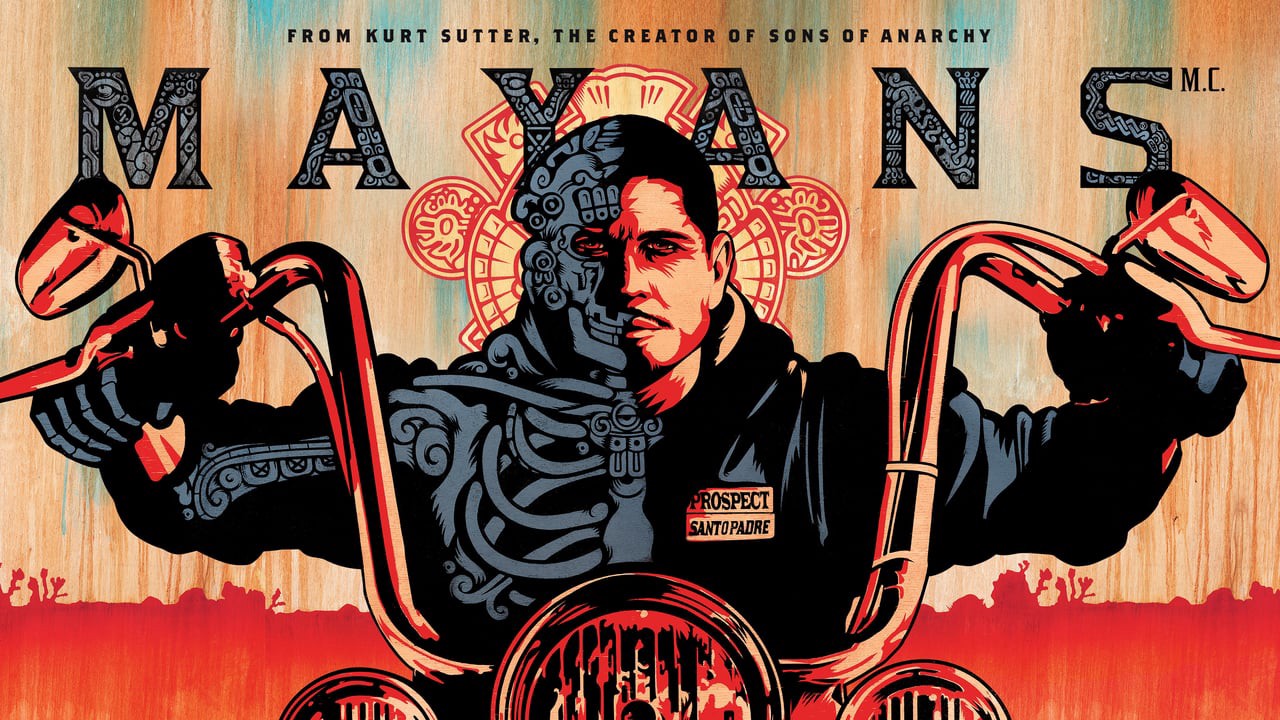 Michael Irby’s credits include lots of law enforcement roles like ”Detective,” “Lieutenant,” “Officer” and “Agent.” That’s why the African- and Mexican-American actor says that his latest role on FX’s outlaw motorcycle gang drama, “Mayans M.C.,” fulfills a longtime career goal of playing a villain like his character, Bishop.

“I told Kurt [Sutter, “Mayans M.C.” co-creator], ‘I was born to play a bad guy,’” Irby tells Colorlines. “Over the years I’ve played a lot of DEA, FBI, CIA and military-type stuff, so I had the skillset of Bishop already—the gun-handling and taking care of your boys.”

“Bishop” is the nickname of his new character, Obispo Losa, who leads a motorcycle club in the fictional California-Mexico border city of Santo Padre. Bishop guides much of the new series’ action, which revolves around his club’s troubled alliance with a violent cartel across the border. The show is a spinoff of FX biker series ”Sons of Anarchy.”

Irby spoke to Colorlines about developing his character, the role of Latinx culture on the show and working with formerly incarcerated artists on the series. Read the interview before riding with Irby and the Mayans every Tuesday at 10 p.m. EST on FX.

Bishop is very pragmatic. He deals with things with a heavy hand and heart. We see him in a vise, being squeezed in all directions—not only within his own club, where there’s supposed to be complete loyalty at the cost of losing your life, but also with the cartel. And not only with needing the cartels, but also being obligated to the cartels as a money source. Bishop is also very loyal to the Mayans national leader, Marcus Álvarez (Emilio Rivera, “Traffic”), his cousin. He’s wants Álvarez to be proud of him, but that’s a lot of responsibility. At the end of the day, pressure makes diamonds, and I think that by the time we get to the sixth or seventh episode, you’ll see Bishop spread his wings a little bit.

The series draws on some history of Latinx OMGs (outlaw motorcycle gangs) like the Mongols and the current struggles along the Mexico-U.S. border. Given these components and the show’s plot lines, what do you think “Mayans M.C.” can teach viewers about Latinx culture, especially with the OMGs?

I got to be honest: as much as people believe the Mayans are the Mongols, this is a fictitious story. What we deal with here is “La Raza.” Family, religion, love of the mother is so important in Latino culture. [The Mayans members] are a bunch of lone wolves looking for connection. At the end of the day, we’re talking about an underrepresented and misrepresented culture. We’re dealing with the family aspects, and that Latino culture—we cannot deny it. We’re just going to keep exploring that side of things.

The show goes beyond the stereotypical depiction of Latinx gangsters. How do the experiences of Richard Cabral (“American Crime”) and co-creator Elgin James (“Little Birds”), who have both been incarcerated, influence the show?

I wouldn’t say that [the characters are] role models, but some of my boys [on the show] who have worked through [incarceration] are role models for putting themselves in the position to bring these stories to the world. They worked through some serious shit to be where they’re at right now.

[The show team] had the opportunity to visit Orange County Juvenile Hall. We met about 40 kids, ages 15 to 20—and these are just kids, man. This is where some of my boys were at. I’m watching these kids fight sentences, including double-life sentences, and I was blown away by these boys. It frustrated me, with how flawed our system is. I hear words like “American dream,” from people who are willing to throw kids out of society for mistakes they made, rather than seeing why they were in that position in the first place. I try to live my life as an example, and I don’t judge these boys. I have nothing but empathy and compassion for them. And seeing my brothers on set? It really puts things into perspective.