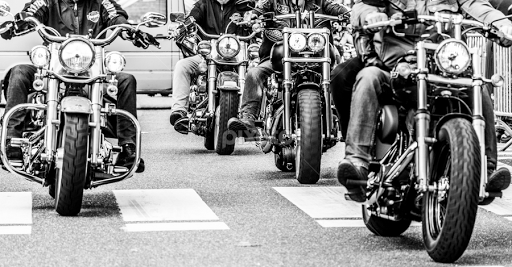 It was two Texas-based biker gangs that were involved in the shootout near bar and grill on South Fort Hood Street on Saturday, an official said on Wednesday.

Two were taken to the hospital after the shooting, and as of Wednesday one person has been released and the other person is listed in serious condition, said Ofelia Miramontez, Killeen Police Department spokeswoman.

When asked which gangs were involved and where they were based, Miramontez responded they were “local and other areas in Texas.”

She said KPD is investigating what started the argument that led to the shootings and if the gangs had any military connections.

“Two rival motorcycle clubs became involved in a disturbance that escalated to the gunfire, and subjects being shot,” Miramontez said on Wednesday. “The incident started with a disturbance inside earlier and escalated in the parking lot.” The shooting took place outside, she said.

Does the Biker Code really exist in reality or just on social media?

Killeen police at 1:42 a.m. on Saturday were dispatched to a fight and shooting near MJ’S Bar and Grill at 1310 S. Fort Hood Street, according to KPD in a previous news release. The shooting did not occur on MJ’s property, police confirmed.

Police learned that a large fight had taken place outside in the roadway. During the fight, two people were shot.