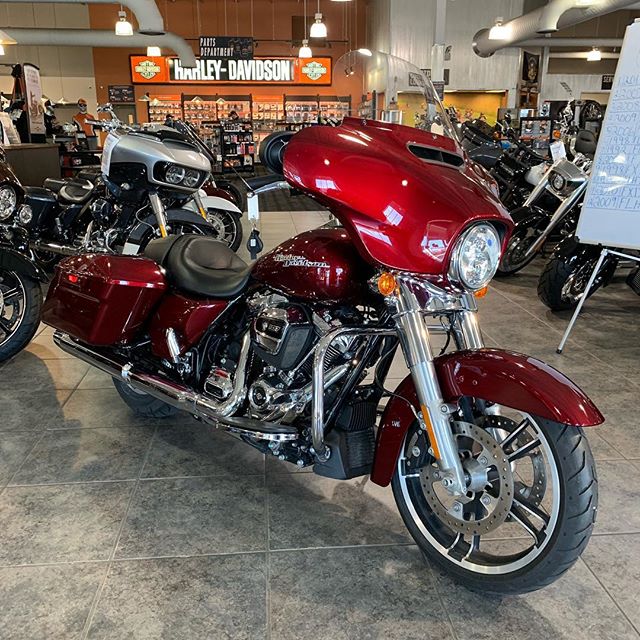 New accounting standards may not be a major risk for Harley-Davidson stock, but Wedbush warns that investors should still be aware of the motorcycle maker’s exposure—and what it could mean in the future.

The back story. Harley-Davidson (ticker: HOG) is flat year to date, a period that has seen the S&P 500 climb 15%. The firm faces a number of risks, including being caught in the trade war and tweets by President Donald Trump. Investors have been skeptical about its ability to reposition its brand, which is popular among older riders, and win converts to new electric bikes. Sales have been soft lately.

What’s new. Wedbush analyst James Hardiman reiterated a Neutral rating and $35 target for Harley-Davidson’s stock price on Thursday. His most recent concern for the shares is the Current Expected Credit Losses (CECL)—a new accounting model for credit losses that the Financial Accounting Standards Board issued in 2016. It begins to take effect in December.

He said that among the companies he tracks, Harley-Davidson appears to be the most exposed to the new rule. While “the headline risk is likely to be fairly insignificant, we believe CECL will ratchet up volatility for Harley Davidson Financial Services, while also amplifying the consequences of ongoing deterioration in credit metrics,” he wrote.

Jeff Pike head of the infamous Texas-based Bandidos motorcycle club prosecutors called him a ruthless killer Pike however said he was just a good family man.

Looking ahead. Hardiman estimates that the first phase of CECL could result in a $120 million noncash write-down for Harley-Davidson—not terribly eye catching—and future changes shouldn’t be very material to earnings either.

That said, he warns that he “would be surprised if this proved to be the last we hear on the subject of CECL out of Harley Davidson.” If everything goes as expected, the company will take a one-time hit to its balance sheet that won’t attract much attention, but there is the potential for a greater impact if that’s not the case.

“Hence, in isolation, CECL is no reason for investors to avoid HOG shares. However, CECL has the potential to make a bad situation much more pronounced, and so for investors that fear a continued deterioration of credit metrics, CECL could prove to be an issue in 2020 and beyond.”