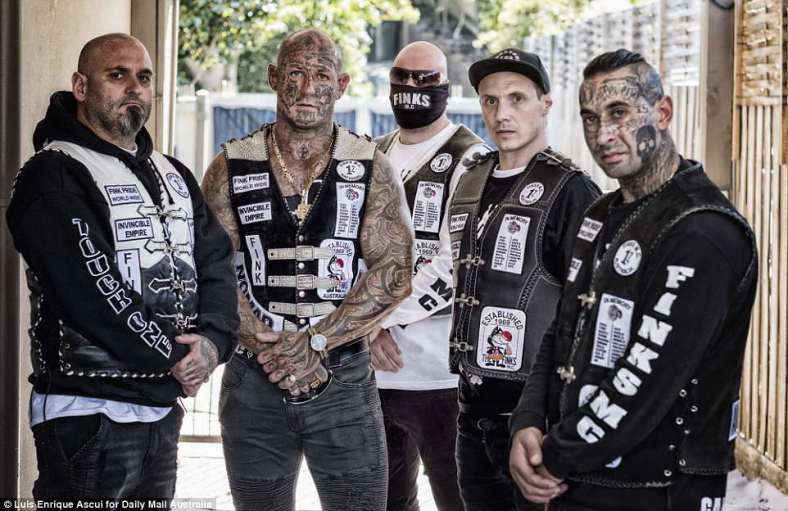 Police and paramedics were called to Ravenhall Correctional Centre just before 4pm on Thursday after reports a 35-year-old prisoner was in cardiac arrest. He died at the scene.

“A prisoner died at the Ravenhall Correctional Centre yesterday afternoon,” a Department of Justice and Community Safety spokesperson said on Friday.

“As with all deaths in custody, the Coroner will investigate and formally determine the cause of death.”

A police spokeswoman said police and emergency services were called after a man was found unresponsive by staff.

“The 35-year-old man was not able to be revived and died at the scene,” she said.

“The death is not being treated as suspicious.”

The Finks boss was in jail after an alleged aggravated home invasion at the property of a man that Reker believed was involved in posting naked photos of a woman online.

Phone intercepts captured by police heard Reker telling the woman before the alleged attack that the victim would “never walk again … he’s going to be in a wheelchair.”

Eight people including Reker were charged with conspiring to commit an aggravated home invasion after the home invasion on September 9 last year, during which police allege that the elderly father of the victim was assaulted before the victim was punched in the face and hit with a tyre iron.

Reker was arrested a few days later after raids on his home.

He was granted bail by a magistrate in January, however, the Director of Public Prosecutions appealed the decision to grant bail, arguing it was an unacceptable risk, and Reker was back in jail in February.

Last year, his Frankston home was sprayed with bullets while his wife and two-week-old baby were asleep.

His parked car was set alight in front of the house in the early hours of May 31.

Police said seven bullets were fired from the high-calibre semi-automatic weapon, including one that mistakenly struck the bedroom of a neighbouring home where a mother and young child were asleep, while a second child was sleeping nearby.

A former Hells Angels methamphetamine cook who masterminded the shooting of his former biker boss has been jailed for more than 13 years.

Reker had been looking to re-establish the Finks outlaw motorcycle gang in Victoria after police carried out a series of raids on the group in 2015, significantly weakening the group.

Dozens of members joined the the rival Mongols gang in the wake of the raids.

In February this year, Detective Sergeant Justin Mercovich, of the anti-gang Echo Taskforce, said the Frankston property which was targeted was acting as the clubhouse for the notorious gang at the time of the shooting.

Reker was sentenced to three years behind bars in Perth in February 2012 for demanding property through threats. In January 2017, he was charged with the possession of methylamphetamine with intent to sell or supply.