A longtime member of the Hells Angels is no longer required to reside at a halfway house even though he says he has no intention of leaving the world’s most notorious outlaw motorcycle gang.

Gaetan David, 50, received one of the lengthiest overall sentences in Operation SharQc, an investigation that revealed the Hells Angels in Quebec voted en masse to go to war with a group of rival criminal organizations. The prosecution had evidence David was directly involved in two of the more than 160 killings carried out during the conflict between 1994 and 2002.

Dayle Fredette, a former Hells Angel who became a prosecution witness, told police David was the getaway driver in the April 17, 2000 shooting death of Dany Beaudin at a halfway house in St-Frédéric-de-Beauce, in the Chaudière-Appalaches region.

It turned out the Hells Angels had targeted a different man who was staying at the same halfway house, and Beaudin became just one of several innocent victims killed in Quebec’s biker war.

Fredette was never able to testify because the trial was aborted in October 2015 when a stay of proceedings was placed on the first-degree murder charge and other accusations facing five Hells Angels.

A Quebec Superior Court judge ordered the stay after he determined the prosecution held back on disclosing evidence involving the killing of Sylvain Reed, a man tied to the Rock Machine who was killed in the Eastern Townships in March 1997.

Sylvain Boulanger, another former Hells Angel who became an informant — and whose evidence provided the foundation of Operation SharQc — told police David drove Reed to the home of a gang member where Reed was beaten and choked to death.

Boulanger alleged David and two other Hells Angels killed Reed with their bare hands in an effort to get information on Rock Machine members in the Eastern Townships. David became a full-patch member of the Hells Angels’ Sherbrooke chapter a year after Reed was killed.

The problem with Boulanger’s evidence was that other informants had given investigators a different version of how and why Reed was killed. The informants said David ordered a man to kill Reed. The prosecution failed to disclose this version to defence lawyers until well after a jury trial had begun, which prompted the judge to place a stay of proceedings on the only SharQc-related case to go before a jury.

On Aug. 30, 2013, long before the jury trial was aborted, David pleaded guilty to being part of the general conspiracy to commit murder during the biker war and he received an overall sentence of 25 years — one of the longest meted out in SharQc — because of the evidence linking him to the killings of Reed and Beaudin.

When time served was factored into the sentence, David was left with a 16-year prison term. But, after Boulanger’s credibility was called into question, the Quebec Court of Appeal cut David’s sentence in half on Aug. 31, 2016.

With his sentence drastically reduced, David automatically qualified for a statutory release early in 2019. Offenders serving time in Canadian federal penitentiaries who have not previously been granted parole automatically qualify for a release after they have served two-thirds of their sentence. The Parole Board of Canada imposed a long series of conditions on David’s release in February 2019, including a condition that he reside at a halfway house. 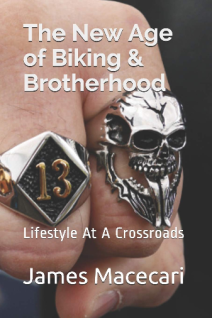 According to the written summary of a recent Parole Board decision, David is no longer required to reside at the halfway house even though he informed the panel he has no intention of quitting the biker gang. La Presse quoted David as having told the board: “Yes, I am part of the Hells Angels but that doesn’t oblige me to fall back into crime.”

The board agreed with David’s request after having been informed that, following his release, he has carefully avoided contact with anyone tied to the Hells Angels — one of the conditions imposed on him last year.

The summary notes that while David was a longtime member of the gang’s Sherbrooke chapter, police believe he has since switched to the Montreal chapter.