As part of ongoing targeting and disruption of the illicit activities of criminal networks, police from the Criminal Groups Squad’s Strike Force Raptor’s Lifetime Offender Management Team were conducting inquiries into the whereabouts of a 29-year-old man, who was wanted on a revocation of parole warrant. 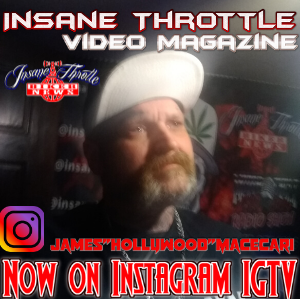 The driver, a 29-year-old man, was arrested and taken to Penrith Police Station.

During a search of the vehicle, police located and seized a loaded .410 double barrel shotgun, ammunition, prescription medication and methylamphetamine.

Stephen Lanz Lavasseur says not a lot has changed since the Capital City Riders were founded in Madison in 1968.

Strike Force Raptor was established in 2009 and conducts proactive investigations and intelligence-based, high-impact policing operations to prevent and disrupt conflicts, and dismantle any network engaged in serious organised criminal activity.

Anyone with information, including relevant photos and videos, that may assist Strike Force Raptor can report it directly to investigators via the Strike Force Raptor online reporting page: https://www1.police.nsw.gov.au/Default.aspx?id=49 or call Crime Stoppers on 1800 333 000.

Information provided to investigators will be treated in the strictest of confidence.