Hagen. The security presence on Thursday afternoon at the Hagen Regional Court ( North Rhine-Westphalia ) is large. More than 30 minutes before the start of the hearing, several police officers position themselves in front of room 201.

The reason is the start of a “rocker process”. Five members of the “Bandidos MC” – including the founders of the “Bandidos” Germany – have to answer before the regional court of Hagen ( North Rhine-Westphalia ) for attempted murder, illegal arms trade or for participating in a criminal organization.

The multi-page indictment leads back to the spring of 2018. At that time, H., M., B. and E. are said to have decided to enforce their claim to power in West German “Bandidos” territories, especially Hagen and Cologne. Leslav Thadeus H. is said to have acted in the role of “National Vice-Presidente” of the “Federation West Central”, the largest “Bandidos” regional association in Europe.

Subsequently, Selahattin E. is said to have placed an order for 50 Walther P22 pistols in September 2018, which should be distributed to the individual regional groups (“chapters”).

The indictment speaks of two brutal acts of revenge

The situation escalated on November 24, 2018. At around 1:24 am, shots were fired at the Cologne Cafe “Turkish Delux”, where some “Bandidos” are said to have been. The rocker colleagues quickly found a scapegoat: “Hells Angels” member Ersin I, who is now supposed to atone for his deed.

That is why two suspects, who were being prosecuted separately, are said to have shot Ersin I’s car several times on the B55a in Cologne. However, this was not in the car. One of the inmates was critically injured in the hail of bullets. The defendant Selahattin E. is said to have given the order for the assassination attempt.

Only a few weeks later, the next alleged retaliation followed. After a shooting between the Cologne “Bandidos” president and the “Hells Angels” member Orhan A. on January 4, 2019, E. is said to have ordered a counterattack again. The defendant Felat G. is said to have fired 14 shots at head and waist height at the entrance door of the Cologne pub “Joker’s” with another person. Its owner: Orhan A’s father. Fortunately, no one was injured in the attack.

+++ Dispute in front of refugee accommodation in NRW escalated – now the murder commission is investigating! Your name reveals everything +++

On November 16, Felat G. is said to have been awarded the “Except No Mercy” patch for the attack on the “Jokers”, which made him a full “Bandidos” member. The defendant Björn B. is also said to have given a member this patch for firing a shot at a member of the “Freeway Riders”.

Despite the filmed indictment, the first day of the trial, chaired by Judge Bernhard Kuchler, remains surprisingly calm. None of the defendants want to comment on any subject, and no testimony is planned. But when lawyer Lars Brögeler takes up the floor, it gets heated again briefly in the hall.

This is the Bandidos MC:

Because the defense attorney shoots sharply at the public prosecutor’s office, accusing them of “considerable weaknesses in the evidence”. Many of the charges are based on unproven evidence, but exculpatory indications have been ignored. The alleged acts were in no way a result of a territorial claim to rule, but rather from individual, very personal conflicts between those involved. The defendants, most of whom are supposed to belong to the leadership of the “Bandidos”, did not order them.

Brögeler cannot believe that the prosecutors even use details from the joint rocker novel “Pretty bad friends” by the defendants H. and B. as evidence. The book is exaggerated and dramatized in order to increase sales and does not reflect the reality of the investigation.

The procedure could last until Easter 2021

A full 36 negotiation dates are scheduled for the procedure. A judgment should have been made by Easter 2021. As a rule, the law provides for a prison sentence of three years to 15 years for attempted murder as the most seriously charged offense. (at) 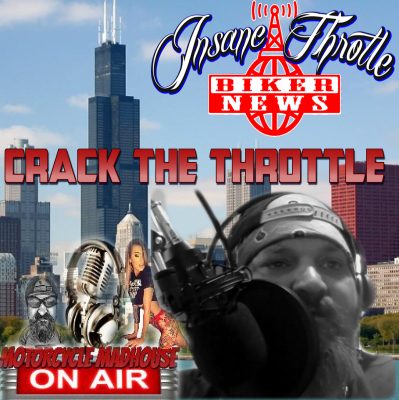