The club was facing liability in connection with the 2015 fight that left a woman dead.

1.All references to the IOMC in this memorandum are to the national or international IOMC, unless otherwise stated. The parties have referred to the IOMC as the “national IOMC” or the “international IOMC” interchangeably throughout this litigation. The local Reading, Pennsylvania chapter of the IOMC, in which some of the participants of the events forming the genesis of this litigation were members and which is not a party to this litigation, will be referred to as the “local chapter.”The other defendants named in the caption are not parties to this appeal.

2.Appellant did not name the local chapter as a defendant in this case.the fight. Appellant filed her fourth and most recent amended complaint on July 31, 2017. On November 6, 2017, the IOMCfiled a motion for summary judgment. The Honorable Linda Carpenter denied the motion on March 5, 2018.The order denying relief states: …the motion is denied as genuine issues of material fact remain, specifically it is for the jury to determine: whether members of the[IOMC] engaged in the fight in their capacity as agents of moving defendants; whether members of the [IOMC] were required to act per rules governing their membership; and the level of control of the [IOMC] over its chapters and members.

4. Mr. Lubesky’s expert report casts the IOMC in a profoundly negative light. According to Mr. Lubesky, under his presidency, the IOMC was the largest, most successful, law-abiding motorcycle club in history. Mr. Lubesky opined that new leadership of the IOMC transformed it into a violent, outlaw motorcycle gang.

5. Appellant’s claims against all defendants named in the complaints other than the IOMC and Mr. Martin were resolved prior to trial. 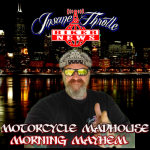 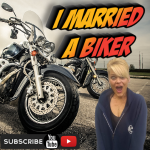 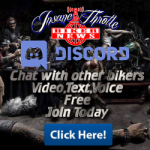