After my dad died I continued working at the strip club, I also took a part-time job with a club member who owned a motorcycle shop. The club had a rule, a person had to be 21 to prospect. Just because I was what the club called a “Legacy” didn’t mean I would be able to get around that rule. The club thrived for so long because of its by-laws, without them, the club would’ve fallen apart, a motorcycle club is only as strong as its bylaw enforcement.

A high-ranking member of the Pagan Motorcycle Club has been arrested accused of ordering the beating of a former club member who prosecutors said nearly killed the man.

The years were long, but I learned more and more from the guys, the club became my University. Don’t get me wrong now, just because I wasn’t 21, I was still considered a hang around and expected to be around the clubhouse. I usually worked Monday thru Saturday, both at the strip club and bike shop, throw in having to be at the clubhouse every night, my life was pretty well planned out day to day. I was happy with the life, some would’ve bitched and complained about all the hours, not me, I saw it as an education and a way to be around all the guys.

I never really had a steady ol lady, working at the strip club, I always had my pick of who I wanted that night. The Strippers were all over me because I had Roosters ear, it also helped that I was pretty dam built and handsome. Having two or more strippers a night wasn’t out of the norm, it was actually kind of cool, the brothers in the club always hung around to get a taste. I did get close to a stripper nicknamed “Stormy”, she was 20, not much older than me. Stormy would stay the night all the time, we were able to talk and laugh, the other bitches were just there to party and play. Stormy was different, if she disagreed with you, you would know. She wasn’t a player, I was the only one she would sleep with, something that was amazing considering she was a dancer.

Those hang around years taught me a lot about myself and who I could trust. I got the unique perspective that most would never see, all those my age going to college and getting raped on student loans to learn nothing about life anyway. 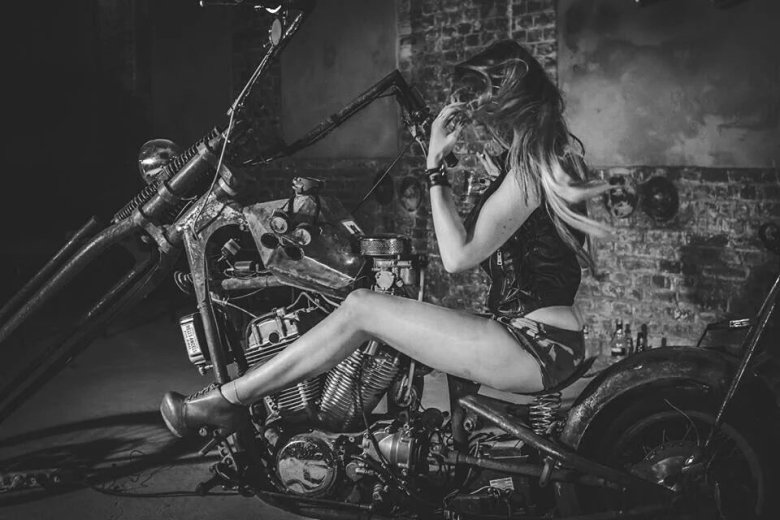 Finally, the night of my 21st birthday came. It’s a night that I will never forget. After getting off work at the shop I was told I had to be down at the clubhouse, so when work got over I jumped on my 87 sporty and rode on over. It was about 8 at night when I got there, the parking lot was packed, the club was having a party and had all the friendly clubs there. When I got into the door, one of the prospects directed me to the bunk room. No one was in there, I was told to take a seat and Rooster would be right in. After about 15 minutes Rooster and a few of the other guys came in and sat down. As soon as everyone got into the room, Rooster pulled out a vest and threw it at me, it was something that I’d been waiting for for years. The next words that Rooster spoke I would never forget. “You have 2 choices now, your either going to die young, or your going to spend lots of time in prison once you put that vest on”. I didn’t blink, I threw that vest right on. My birthday celebration was short lived, as soon as I out the vest on Rooster said: “Now get your ass behind the bar and earn it you piece of shit”. Yep no breaks for me.

Prospecting that year was no easy thing, the brothers ran me into the ground, I can remember long nights let me tell you. Prospecting for a true 1%er club is no joke. Now a days everyone watches that bullshit Sons of Anarchy and thinks of the brotherhood in those terms, shit you have wannabee clubs popping up on a daily basis. You know why those clubs were formed? It’s because them fools didn’t have the balls or guts to prospect for an established club. They didn’t choose to put pride in themselves, that’s why most of them clubs only last a year or two because true brotherhood doesn’t exist within its ranks.