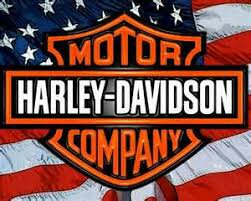 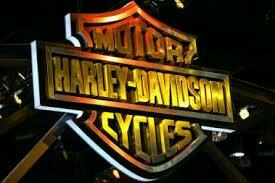 It’s no secret, Harley Davidson was once an icon of the motorcycle industry. If you grew up anytime before 1994, all you could dream of while riding your bmx was that one day you would be riding a Harley. Flash forward, 2017 has seen Harley Davidson make mistakes that have shifted a lot of bikers away from the desired brand of choice.

Take for instance , those born after 1994 prefer Japanese brands such as Honda, Yamaha and Suzuki. Why is this? For one, the generation of Harley’s best demographic has gotten old. The loyalty that demographic had for Harley stood by it through thick and thin, stood by it during the hard times, through bankruptcy, during the god awful AMF years, even through it’s shift to a more brutal period of forgetting who it’s true customer base was.

Just like it’s great American workers, blue collar and prideful people, Harley Davidson chose to negate those who were with them through thick and thin for a base that, yes had the money to afford a 20,0000 bike, but in the process negated those who stood by it for all those hard times.

Fast forward to present. Those hardcore customer base is now older, more educated in the fact that Harley has lost its luster, instead they choose to ride competitors products. Why is that? For one , the old saying is holding very much true. “If you want to ride and not have no worries, ride a Honda or Suzuki, if you want to learn too work on a bike, ride a Harley”. The product Harley has been putting up for the market is overpriced and far less Superior to the competition, that’s evident in all the recalls and scandals that Harley has had these past couple of years. Another big drop in the Harley pheonomeon is that the younger generation really don’t care about the Harley image. The other bikes out there are less expensive, have better warranties, and actually do what they are meant to do without breaking down all the time or subject to recall 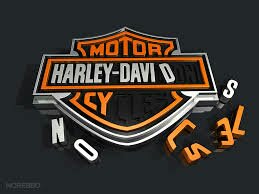 In this new era or Trump and American first, Harley Davidson made a trip to the White House earlier this year. They sat there with all those bikes that were Made in America. That’s always been the thing with them hasn’t it? Made in America. Well not what? 6 months later they decide they will open a second manufacturer plant overseas. Can you imagine a Harley being made overseas and not in America? That move riled alot of long time Harley fans and loyalist. I personally own a Fatboy, most every bike I’ve owned was a Harley and I can tell you that move infuriated me. It was a big kick in the nuts hearing that. What happen to American Made jackasses running this company so many stood behind all these years?

Can Harley succeed in reviving industry

I put a link to an article above . It asks if Harley and Indian can revive the industry. My personal thoughts are no. Indian owned by Polaris is a beautiful product, it’s sales are starting to rise, but it also cut out the Victory brand, that brand was starting to build and become the alternative to Harley and in my opinion was a huge mistake for them. Polaris chose to go with it’s most expensive brand, that in itself just put it out of the competition for younger riders.

Harley is no longer attractive to those coming into the lifestyle. Most people are seeing the company for what they are. A company that betrayed not only itself, but the people who stood by them all these years. So the answer to the artical is simple regarding Harley’s ability to bring in the new generation, a resounding no.

As the generation of the old gaurd keep getting older, it’s sad to say, the likes of Honda, Suzuki and Yamaha will become the face of the motorcycle world. After all they can make a touring model for under 10,000. You would be lucky to get a damn Sportster for 10,000 off the showroom floor.