The case of an El Paso Bandidos member accused in the beatings of two rival motorcycle club members ended in a mistrial on Friday.

The jury was unable to reach a unanimous decision in the trial of Thomas Decarlo, who was charged in connection with the aggravated assault outside an East El Paso restaurant in 2016.

The jury of seven women and five men deliberated for more than eight hours over two days before telling 205th District Court Judge Francisco X. Dominguez at about midday Friday that they were unable to agree on a verdict.

“Although we are disappointed that the jury was unable to reach a decision of not guilty, we do look forward to trying this case again,” Decarlo’s lawyer Rene Flores said after the trial. “We believe that next time around, we will be able to get a ‘not guilty’ from the jury. We were able to talk to them (jurors) and there was quite a few points that we have to work through, but I️ believe that they just had some unanswered questions.” 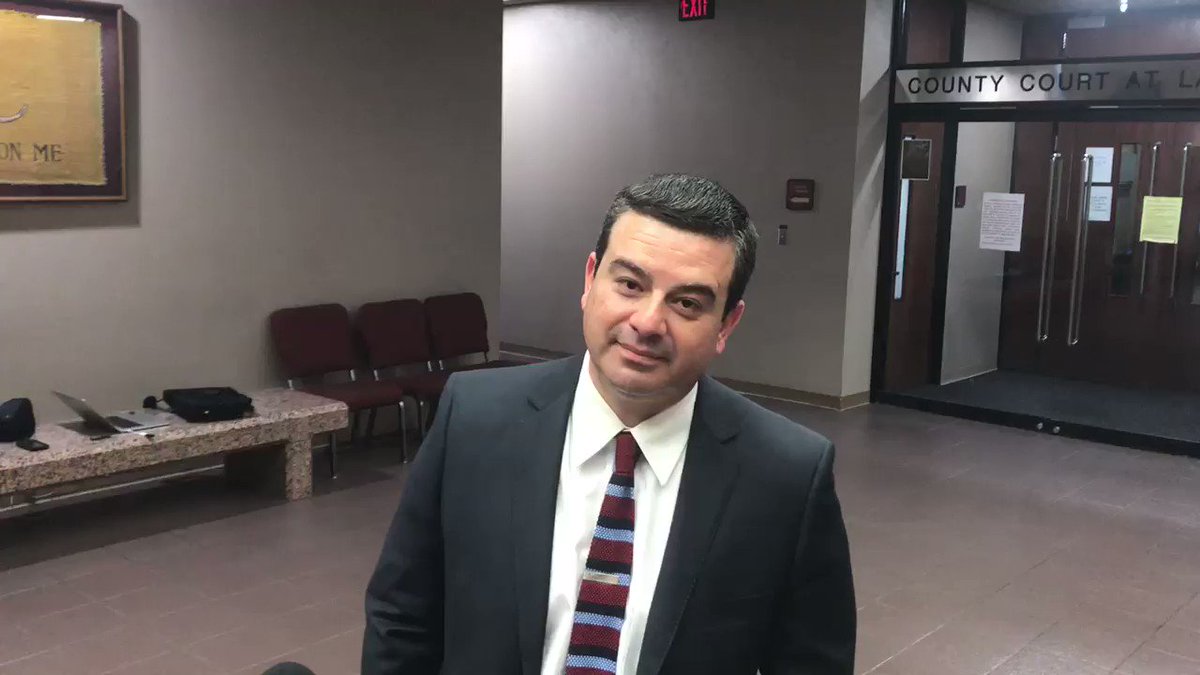 State prosecutor Karla Munoz declined to comment since the case is still pending.

A date on when the case will be retried has not been set.

Decarlo is facing one count of engaging in organized criminal activity-aggravated assault with a deadly weapon. He is facing up to 99 years or life in prison if he convicted on the charge.

Decarlo was arrested in connection with the beatings of Ernesto Delgado and Gared Quesada on Aug. 3, 2016, outside Hot Chicks Wing House at 2281 N. Zaragoza Road.

Martinez died on Aug. 3, a year after the beating, after he and three other men were shot during an unrelated biker gang fight at Mulligan’s Chopped Hog bar on the far East Side on July 30. That shooting allegedly involved the Bandidos and Kinfolk Motorcycle Club members.

Munoz and co-prosecutor Patrick Sloane alleged throughout the trial that the Bandidos members were retaliating against the Los Traviesos motorcycle club. The two victims were allegedly members of Los Traviesos.

The alleged retaliation against Los Traviesos members involved a dispute over funds raised during a charity event for a child dying from cancer, prosecutors claimed.

Los Traviesos left a motorcycle coalition ran by the Bandidos after Bandidos members allegedly demanded 10 percent of the $9,000 raised for the child and his parents.

Prosecutors also alleged that Decarlo had previously acted as an enforcer for the Bandidos and was “honor bound” to join the other men in beating the two rival motorcycle club members.

Flores and co-defense lawyer Wes Navidomskis countered that prosecutors had no evidence that Decarlo was at the scene of the beating.

Videos of the brawl do not show Decarlo, according to testimony. He was only identified as a suspect by the alleged victims, defense lawyers argued.

Several witnesses for defense lawyers also testified that Decarlo was allegedly at a different bar the night of the beatings.