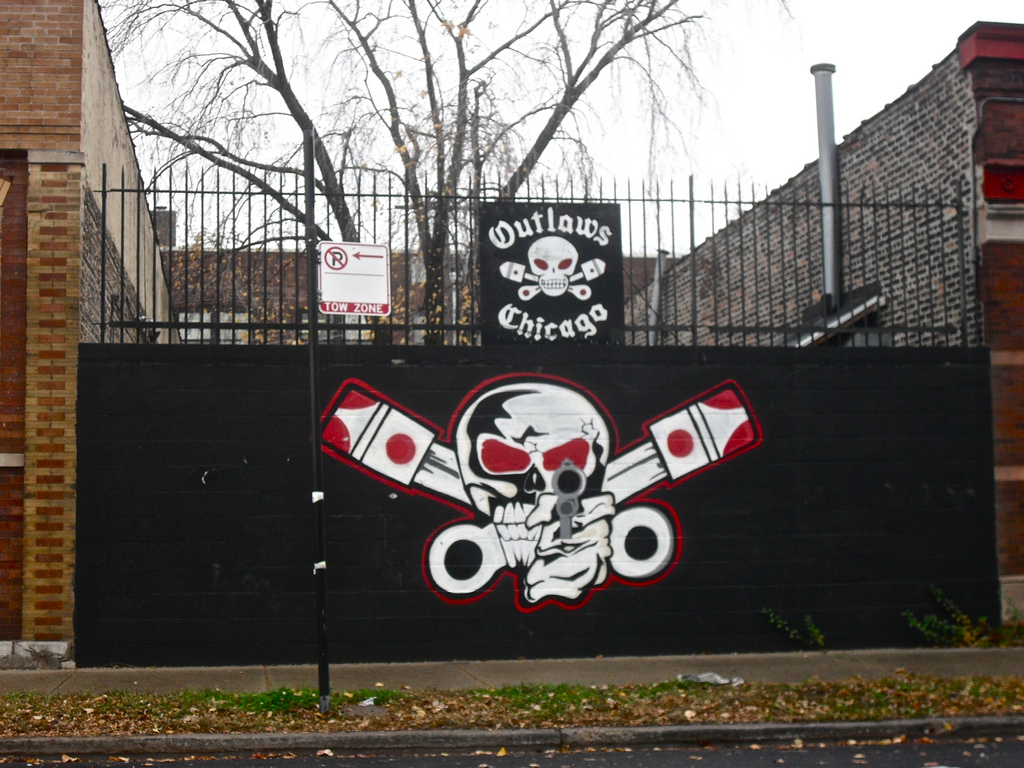 Alrighty then, let’s dive head first into this one shall we?

I can keep going on and on with the cops that have been arrested and sent to prison. The ones listed here only go back maybe two years at the most. In the audio above and article below, Dodge County Sheriff Dale “Mr Wizard ” Schmidt says during his interview that the Outlaws M/C are a criminal organization . He bases his opinion on cases of some members of the Outlaws that were convicted of RICO out of Milwaukee “8-10 years ago.”

He goes on to state  because of those convictions and others from around the country. The Outlaws M/C are in the eyes of law enforcement a criminal enterprise. Basically the members of the Outlaws M/C, regardless if they hold regular jobs, are under no indictment for crimes, are still considered to be criminal because of the acts of a few.

Well then Mr Wizard, can we all assume the same of you and the rest of your merry men in blue? After all, with your logic we all should apply the same standards to you and your profession. Let’s take a look at some of the charges that cops have been convicted of. Shooting an unarmed civilian, theft, possession of heroin and wait!!! Aiding ISIS.  By the looks of it Mr. Wizard those who wore your “Colors” were more of a danger to society than any biker ever could be. Christ, you had one working with a known dangerous terrorist organization.

Related– Sheriff of Dodge County Feels Heat after profiling of bikers in motorcycle club. Throws 2nd Amendment out in statement?

Hits a nerve doesn’t it Mr Wizard when someone makes accusations against your profession like that doesn’t it? Well, same goes here within the biker community. Your claims are baseless. If you listen to your own interview you say as much. You outright admitted that no member of the Lomira chapter of the Outlaws M/C has done anything  to warrant the level of hostility you’re displaying against them.

For the record. Insane Throttle nor myself have anything to do with the Outlaws M/C. We are an independent biker related publication. We equally piss off everyone. We call a story like we see it. Based on nothing but the facts of the story. We have called out numerous motorcycle clubs for their wrongdoing without any type of prejudice towards one party or the other.

Dodge County Sheriff Dale Schmidt is defending his Department’s response to the Outlaws Motorcycle Club opening up a new clubhouse in Lomira.

He says the Outlaws might not seem so bad at first, but things can change over time.

“They do a lot of good for the community at first,” Schmidt said.

“They like to do fundraisers, they like to get entrenched in the community and get people on their side – and that’s when things turn. That’s when we see violence including weapons violations, we see the sale of drugs, and sex trafficking is known to go on with these types of organizations.”

But some say bikers are being unfairly targeted in the area.

James Macecari, who writes for the website Insane Throttle Biker News, says Schmidt and other law enforcement officers are unfairly grouping those in Lomira in with people who have broken the law elsewhere.

“They’re claiming that the Outlaws M/C bring drugs, bring danger because of a couple of instances that happened around the country,” Macecari said.

“They’re blaming those instances on people that had nothing to do with it.”

Schmidt points to the 2010 raid on a Outlaws clubhouse in Milwaukee by the Bureau of Alcohol, Tobacco, Firearms and Explosives as proof that the Outlaws specifically have been caught committing crimes in the past.

“Eight to ten years ago, they had a MAJOR bust of the Outlaws down in Milwaukee, where the head of the organization was arrested for racketeering, so this is a well known criminal organization that had been around for some time,”Schmidt said.

Macecari says despite warnings from law enforcement, the Outlaws being in Lomira will lead to a safer community.

“That’s what happens when a motorcycle club moves into a community. They won’t allow that type of stuff to happen. And if the Outlaws M/C were doing any of that stuff, why would they put their clubhouse on Main Street for everyone to see?”

Schmidt maintains that the Dodge County Sheriff’s Office is not profiling bikers, and that law abiding citizens have nothing to worry about.

“We will continue to watch and make sure that criminal activity does not happen. If nothing happens, fantastic. They’re gonna have no problem with us whatsoever.”

Schmidt says his department will continue criminal interdiction efforts in partnership with the Lomira Police Department.

You can listen to our entire interview with Sheriff Dale Schmidt below:

Don’t forget to retweet and share this on your social media platforms. Together we get the truth out there for the biker community.