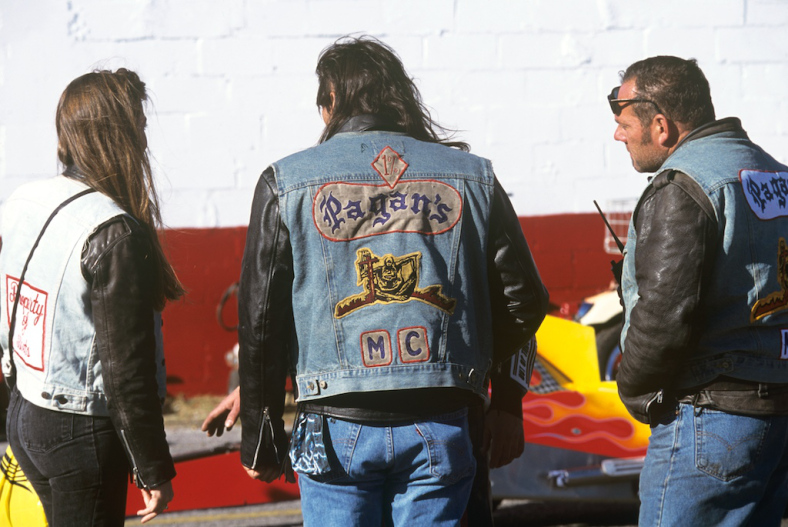 A second man involved in a bar brawl last month with undercover Pittsburgh police has filed a lawsuit against the officers and the city, claiming the officers failed to identify themselves as such and used excessive force in what the lawsuit alleges was a false arrest.

The lawsuit, filed by Erik Heitzenrater, alleges one of the officers punched Heitzenrater twice with no provocation, sending him sprawling to the ground on an already broken hand that was in a splint. The lawsuit also claims the charges against Heitzenrater were falsified and filed to justify the officers’ actions.

The brawl happened early Oct. 12 and ended with four members of the motorcycle club in jail. The District Attorney’s Office withdrew all charges against the men. The city’s Office of Municipal Investigations and the Citizens Police Review Board are investigating. The FBI is investigating whether there were any civil rights violations on the part of the officers.

A similar lawsuit was filed last week by Frank Deluca.

Police have said the four undercover detectives were investigating a drug complaint at the bar. Bartender and owner Stephen Kopy has said the officers identified themselves as construction workers when they arrived.

The lawsuit claims the four officers began drinking at the bar just after 7:30 p.m. Oct. 11. Heitzenrater’s attorney, Martin Dietz, alleged that hours of security footage showed the officers consuming copious amounts of alcohol: Honick consumed “at least 13 drinks of liquor ‘on the rocks,’” some of which were doubles and triples; Martin had “at least 14 drinks” that included shots of liquor and cans of beer; Burgunder had “at least 19 drinks” that includes a shot of liquor, mixed drinks and beer; and Lincoln consumed “at least 7 drinks,” including liquor, mixed drinks and beer.

Heitzenrater and three friends – Frank Deluca, Michael Zokaites and Bruce Thomas – plus two others entered the bar about 11:40 p.m. and went to the rear of the bar. The lawsuit alleged that the officers took note of the men’s vests identifying themselves as Pagans and took issue.

The suit further takes issue with a number of parts of the criminal complaint filed against Heitzenrater, including a portion alleging he pulled Martin off Thomas and then tried to pull a uniformed officer away from the altercation.

Security footage shows Heitzenrater standing away from the melee and, at one point, raising his empty hands as Honick came toward him. He has a bandage or splint on his right hand.

Soon after, according to the lawsuit, “Martin rushed toward (Heitzenrater) and without any provocation yelled, ‘and (expletive) you too,’ and violently punched (Heizenrater) two times in the head.”

It further alleged that a uniformed officer rushed toward Martin after he threw the punches, and Martin shouted that he was a cop. Indeed, the security footage shows a uniformed officer approaching Martin, who raises his hands above his head while the uniformed officer backs off. Martin then stands over Heitzenrater and makes a kicking motion. The lawsuit alleged that this is the first indication given that the undercover officers are, in fact, police.

Martin allegedly shouted verbal abuse and expletives at Heitzenrater as he lay on the ground, according to the lawsuit, to which he responded, “I didn’t do nothing.”

“(Martin) responded by falsely claiming (Heitzenrater) grabbed him, yell, ‘Yeah you did! (Expletive) grab onto me again,” according to the lawsuit.

The suit references cellphone recordings of the incident captured by uninvolved bar patrons: “Defendant Martin looked directly into one of the bar patron’s cellular phones and drunkenly slurred ‘I love being a cop,’” according to the lawsuit.

The lawsuit alleged a pattern of excessive force within the Pittsburgh Bureau of Police, claiming the city was “on notice” that officers – including the defendants – had “escalated nonviolent interactions with citizens … sometimes while drinking alcohol to excess.”

It cites a number of civil cases brought against the city and the department, including several naming Honick.

The lawsuit demands a jury trial and seeks to recoup the cost of medical bills and attorneys’ fees as well as punitive damages.