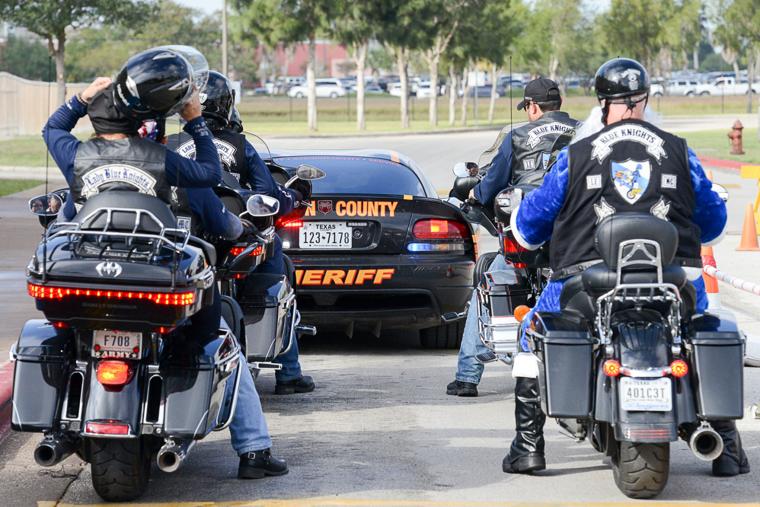 The longtime office manager for an international motorcycle club based in Bangor was sentenced Thursday to six years in prison with all but one year suspended after she allegedly stole more than $200,000 from the organization over the course of nearly two decades.

Bessie Small, 48, of Carmel also was ordered to pay $127,000 in restitution to the Blue Knights International Law Enforcement Motorcycle Club, and she was sentenced to three years of probation following her prison time, according to the Penobscot County district attorney’s office.

The club’s headquarters are located at 38 Alden St. in Bangor and are visible from the southbound lanes of Interstate 95 just north of Broadway.

Small began working for the club in 1998 and came to the attention of the district attorney’s office after club officers had an audit conducted in the summer of 2016, according to Assistant District Attorney Stephen Burlock. The auditor estimated the sum of stolen funds at $228,000.

Small stole the money by writing herself checks and often by raiding the club’s petty cash fund, Burlock said. She wrote herself 12 extra paychecks in 2011, for example, and an $8,700 check in 2012. Small appears to have spent the stolen money to pay living expenses, according to Burlock.

“She was the office manager and, until 2013, authorized to write her own paychecks,” the prosecutor said when Small was charged in March 2017. “The president, D.J. Alvarez, became suspicious and asked for copies of all the cleared checks. When she kept putting him off, he went to the bank to get them.”

Small could not be charged for the full amount she allegedly stole because some of the thefts happened before the six-year statute of limitations expired, Burlock said Thursday.

Small was charged in March 2017 with Class B theft by unauthorized taking and pleaded not guilty. She has been free on personal recognizance bail since then.

Justice Ann Murray issued the sentence Thursday after Small pleaded no contest to the charge.

Murray ordered Small to begin serving her sentence Feb. 10 at the Maine Correctional Center in Windham. Her sentence was the result of a plea agreement with Small’s attorney, Joseph Belisle of Bangor, Burlock said Thursday.

Is it Constitutional?Whats Next After California Jury Agrees To Strip Trademarked Logo From Mongols? Mongol Attorney Video Featured.

Alvarez, the club’s president, expressed his disappointment with the process that led to Small’s no contest plea nearly two years after she originally was charged. Small changed attorneys three times before reaching the plea agreement Thursday.

“Frustrated, angry and disappointed,” Alvarez said through the club’s attorney, Janna Gau of Bangor, of his feelings about the delays in the investigation, prosecution and resolution of this matter. Because of the pending civil litigation, Alvarez said he could not comment further on the criminal case.

Belisle said his client was glad the lengthy court process has been resolved.

Can you strip a biker club of their trademark logo? Story from Hot Air.

“Ms. Small wants it known that there are many aspects of her time working for the Blue Knights that would have come to light in trial,” the defense attorney said.

Burlock said the crime was unusual because of the large amount of money involved and because it took place over almost two decades.

“This crime took place over a long period of time versus somebody putting a hand in a register and heading down the road with a bunch of $20 bills,” he said.

The club is a nonprofit fraternal organization made up of active and retired law enforcement officers who enjoy riding motorcycles. It was founded In 1974 by several law enforcement officers in the Bangor area, according to information posted on its website. The Blue Knights today have about 650 chapters and more than 19,500 members in 29 countries.