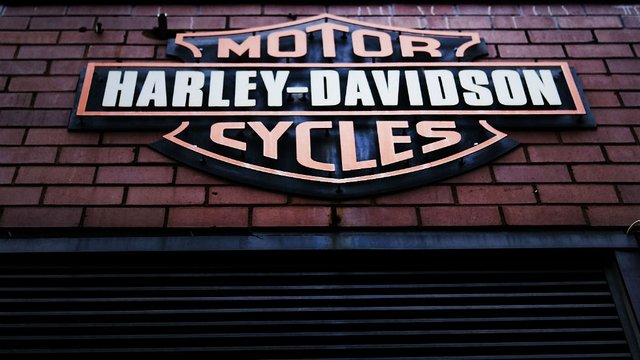 Harley-Davidson Inc. president and CEO Matt Levatich sat for a rare public interview this week with CNBC and said President Donald Trump‘s 2018 crusade against the company didn’t hurt its brand, although it didn’t help either.

Levatich joined CNBC’s “Squawk Alley” Monday, and brought with him Harley-Davidson’s first electric bike LiveWire, which hits stores in August. He talked about the Milwaukee motorcycle company’s plans to reach new and established customers with electric vehicles, but also candidly discussed the company’s struggle with retaliatory tariffs in the European Union and the controversy created by Trump’s comments.

About halfway through the interview, host Jon Fortt pressed Levatich pointedly about Trump’s comments, asking him how badly the president hurt Harley-Davidson’s brand and how much the company has recovered.

“We don’t see any impact,” Levatich said. “The best way to measure that is through market share. We grew market share six-tenths of a point in the first quarter. We’re over 51% market share in the United States. It certainly didn’t help. There’s no question that you don’t want comments like that made. No company wants comments like that made about their company. We did a nice job helping customers and dealers that were on the front line of retail.”

Fortt pushed Levatich further, asking how the company helped customers and dealers and how big of a demand he felt from them to address Trump’s comments.

“Just clarifying what the facts are, that this is a European Union tax imposed, significant impact to the company, impedes our ability to invest and or return to shareholders, and that we needed to find ways to mitigate it, unless and until the tariffs go away by other political means,” Levatich said. “We were at 6% (tariffs), we went to 31%. Two years from now, they’ll go to 56%, unless something else changes in the trade environment. Obviously, we can’t sit by and wait for something to happen. We have to act and make it happen. We just helped people understand that.”

On the current status of those tariffs, Levatich reiterated that Harley-Davidson is currently covering $100 million annually in additional expenses from the European Union’s retaliation to avoid having to raise prices in Europe. He also echoed a familiar refrain from business leaders, that the economic uncertainty created by tariffs poses a threat on the level of the actual direct financial burden they inflict.

“Uncertainty robs businesses of the clarity that they need to make investments, and most of these investments for most companies are long term in nature,” he said. “This uncertainty, to me, is real, and it affects every business and every business leader making decisions about how to deploy capital.”

Discussing LiveWire, Levatich once again portrayed the electric motorcycle as a product that will raise traditional riders’ interest in riding electric and attract non-riders to the brand. Host Morgan Brennan also asked Levatich to defend LiveWire’s price point, which at $29,799 greatly exceeds that of other electric motorcycles.

“It is a super premium product,” he said. “All of the components, the dynamics, it is one of the best engineered products on the market, certainly, that we’ve seen in the space. We’re leading in electrification. That’s our objective, not just with LiveWire, but with a full portfolio of EVs. We’re also looking to be profitable on a gross margin basis with every motorcycle we sell, which is very important. We believe that this product is worth every penny.”