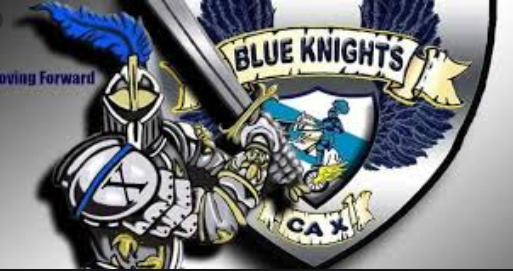 Few things are more emblematic of Wisconsin than enjoying a good beer. With the Wisconsin Dells Blue Knights’ new Copper Ale, you can do so while supporting a worthy cause at the same time.

The Blue Knights, a motorcycle club comprised of law enforcement members, launched the beer at the Keg and Patio on Aug. 16. The club partnered with Madison-based brewery Vintage to launch the microbrew, which an advertisement on the Blue Knights’ Facebook page describes as “crafted from choice-toasted barley and caramel malts” and “balanced with a signature blend of bold American hops.”

Profits from the beer’s launch went to COPS, a local charity that sponsors loved ones of officers who have died in the line of duty. According to Blue Knights sergeant-at-arms Che Arbizu, the cause is as important as anything else in the brew’s launch.

“We have four families right now that lost their children in the line of duty in Wisconsin, so we’re raising money for them,” Arbizu said. “They give money to scholarships, to respite camps, grief counseling, for children of law enforcement officers.”

COPS, or Concerns of Police Survivors, is a nationwide charity that supports those affected by deaths on police forces. The Wisconsin branch is based in Milwaukee.

Arbizu said that the Vintage’s partnership has been key in helping raise money for the charity, saying that funneling the money raised at the launch and going forward to COPS is the most important part of launching the microbrew.

Though violence and gangs have been well-known problems for years, the problems are worse than they’ve ever been

Angelique Thompson, director of sales at Vintage, said that the Blue Knights were heavily involved in the production of their beer. She said that her team worked in tandem with the organization to make sure the new microbrew stood out and represented the organization it was for.

“We created a beer especially for them, we called it Blue Knights Copper Ale,” Thompson said. “We designed the label for them, with help from these guys, to create something that was specific to them and represented their chapter the best.”

But beer was not the only product on offing at the launch. Directly next to the table displaying the shiny new cans of Copper Ale, there was a table labeled “gun raffle.” According to Arbizu, this is a common tradition for the Dells Blue Knights.

“We raffle off 10 guns a year, all of us being in law enforcement at some point, we hunt,” Arbizu said. “It’s all hunting. We have a crossbow, but this year we have a flamethrower.”

Arbizu said the flamethrower isn’t a hunting weapon, but was more up for raffle for the novelty. He said that the unique nature of the weapon draws more people to the raffle, leading to more proceeds for COPS.

Copper Ale is on tap now at the Keg and Patio, as well as the Vintage’s three locations in Madison and Sauk Prairie.