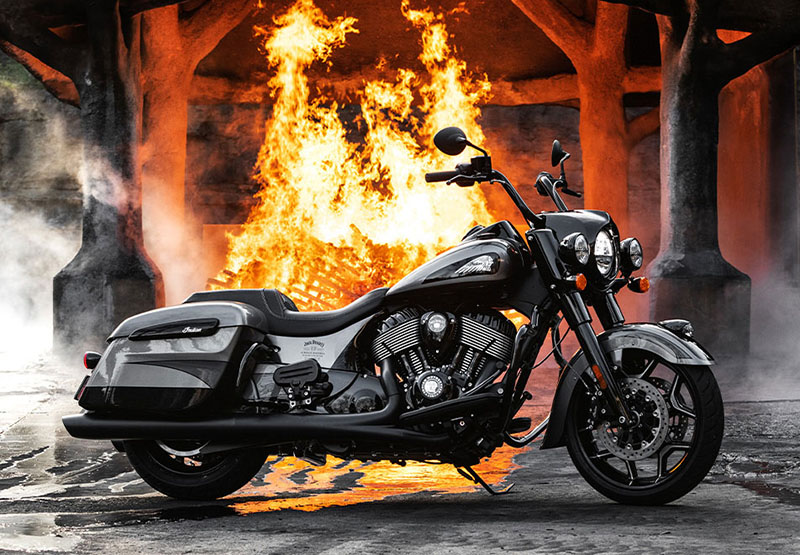 People always talk about how there’s no replacement for displacement, and that’s certainly true in the world of traditional American cruiser and bagger-style motorcycles.

In the past, a big lump of metal like Indian’s Thunder Stroke 116 would have been among the less sophisticated power plants on offer in the two-wheeled world, but those days are gone. Indian’s biggest twin is packing plenty of tech, and according to an announcement made on Tuesday by Indian, so are the bikes into which it’s installed.

To start, the Thunder Stroke 116 may look like an old-school air-cooled engine, but it’s packing modern features like rear-cylinder deactivation that makes for significantly cooler riding when ambient temperatures exceed 59 F and the bike is stopped. This makes a massive difference to rider comfort in heavy traffic.

The 2020 model year is a big one for Indian. It marks the first time that the company is factory-installing the 116 — which is actually a 115 cubic-inch engine (that’s 1.89 liters for you metric fans out there) — in a regular production bike. Previously, it was offered as an upgrade kit for the 111-cubic inch Thunder Stroke engine. The first bikes to get the bigger mill are the Roadmaster Dark Horse, Springfield Dark Horse and Chieftain Elite.

Also new for 2020 is a revamped version of Indian’s RideCommand infotainment system and app. This system — which also appears on Roadshow’s long-term FTR 1200 S — is awesome. It pairs a 7-inch touchscreen that works when you’re wearing gloves with an easy-to-use app on your phone to offer navigation with traffic and weather overlays, as well as infotainment features such as streaming music and phone integration.

The 2020 Indian touring models also have a ton of other neat convenience and safety features beyond RideCommand too. These include things like ride modes, remote locking saddlebags, antilock brakes, cruise control, keyless ignition and even a tire pressure monitoring system.

All that safety tech is especially useful when you consider that these bikes range in weight from a little over 700 pounds for the Thunder Stoke 111-equipped Chief Dark Horse to just shy of 900 pounds for the Roadmaster. Add in the fact that these bad boys aren’t cheap — the cheapest bike in the Thunder Stroke line starts at $18,499 and the most expensive, the Chieftain Elite, retails for $34,999 — and you really want to avoid crashing or dropping them.

The new Thunder Stroke 116 bikes are already starting to show up in dealers, so if you’ve got a strong urge to put on some leather and ride to the opposite coast, now is a good time to do that.