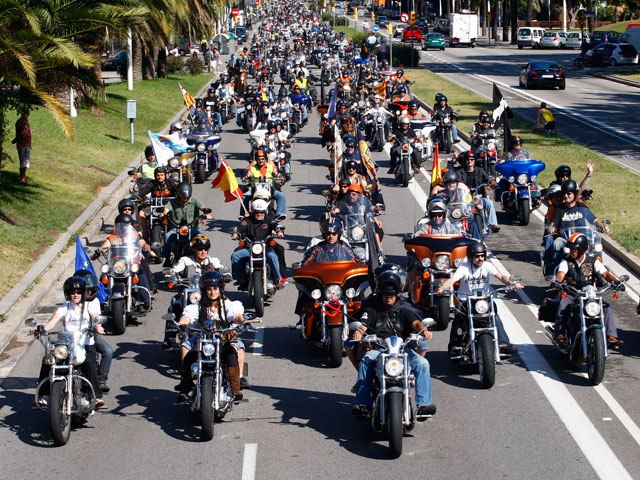 Politically engaged bikers want to ride to Washington to defend President Trump against the threat of impeachment from House Democrats.

Multiple pro-Trump organizers have expressed interest in swarming Capitol Hill in a demonstration of support for Trump, whose blunt style and populist appeals won intense support from the biker community.

Trump defenders buzzing about the concept see it as a way to express opposition to ousting Trump among ordinary people, while Trump critics have expressed alarm about the optics and intent of participants.

Dale Herndon, the director of Bikers for Trump, said Monday the group considers timing critical. With Democrats in control of the House an impeachment could come as early as this year, followed by a trial in the GOP-held Senate.

“We are thinking it’s all about timing,” Herndon said. “Anyone can have a rally, anyone can do a ride. But is it meaningful? If we do something, we want it to be timed properly and the meaning to have a positive purpose. Timing is key.”

Muller told the Washington Examiner on Friday that he spoke with Trump on the phone about a month and a half ago. The men didn’t discuss his protest idea, and Muller said he’s not organizing a rally, though he’s eager to help “if he needs support somewhere.”

“We are all supporting him,” Muller said. “The Democratic Party is really out of line … all they have been trying to do is destroy him.”

Jay Witt has died Witt was serving a 30-40 year sentence for killing William Furlong at the Hells Angels Clubhouse in Omaha in July 2013.

“Swastikas, racist tattoos and all — they are coming to do their leader’s bidding,” Painter wrote on Twitter.

He called for the bikers.
The bikers now promise to answer his call.
Brown shirts on wheels will descend on DC.
Will Congress back down?

Herndon said he is not concerned about a potential ride reflecting poorly on Trump. Bikers for Trump has more than 330,000 Facebook followers, allowing for broad dissemination of plans.

But large existing groups aren’t necessary, and a possible rally has gained traction among many local leaders with experience organizing events.

Three members of a “biker gang” allegedly kept a Monroe Police Department officer from investigating a crash according to arrest records.

Bill Williamson, a Maryland native who organized the 2 Million Bikers to D.C. rally in 2013, which brought thousands of bikers to counterprotest a 9/11 event originally called the Million Muslim March, told the Washington Examiner in May that he “most certainly will” be involved in anti-impeachment planning.

Ski Bischof, who organized a pro-Trump rally in Washington’s Dupont Circle in January 2017, said Monday, “If the call is put out to ride, I’ll be there, along with many like minded brothers and sisters.”

Bischof, who lives in Pennsylvania, voted twice for former President Barack Obama before voting for Trump when he became disillusioned with issues, including rising healthcare costs.

Motorcycle Madhouse Shorts A Motorcycle Don’t Make you a Biker. These Things make you a biker.

In Virginia, Rolling Thunder chapter President Francis “Mac” MacDonald said in May he “and most of our chapter” would ride in Trump’s defense but stressed it would be in a personal capacity. Muller declined to offer further comment when reached by phone Monday.

The idea received significant support after Pelosi endorsed an impeachment inquiry over Trump pressing Ukraine to investigate the Biden family.

One Twitter user wrote, “I am not rich, don’t have a ton of extra money BUT I do have an earmark account for tickets/hotel for just such an occurrence. WE WILL DESCEND ON DC!!!”

Another Twitter user received 1,000 retweets and almost 200 concurrences writing, “The rest of us Patriots will be joining them. Who else will show up????”

The biker community is prone to factionalism, allowing for a ride called by one leader without the blessing of others. At Trump’s inauguration, three biker leaders fought among themselves and held separate pro-Trump rallies. 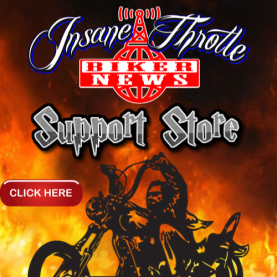