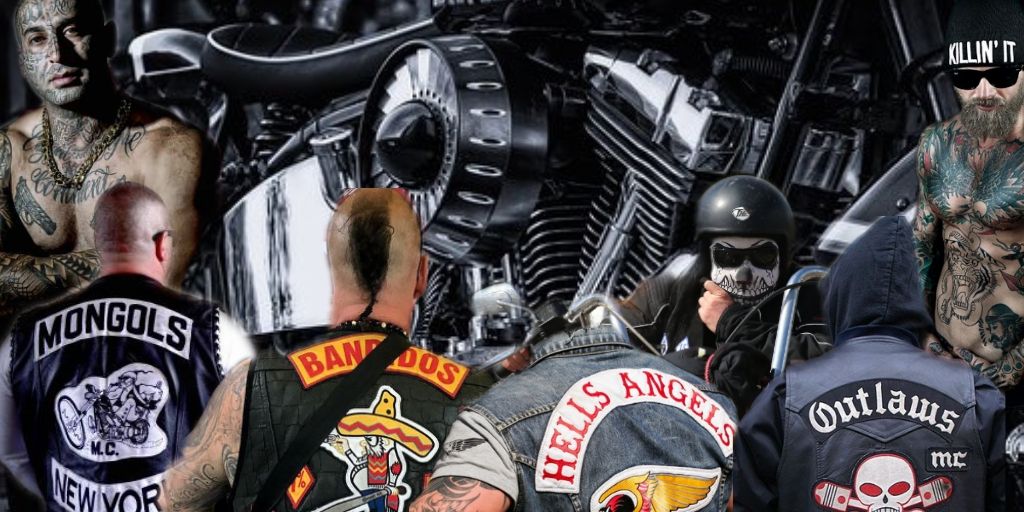 This is the continuation of the “Government and 1% Motorcycle Clubs.“ The previous article received over 1 million views worldwide. The feedback we received was fantastic, and people wanted to learn more about how the government is going after the clubs.

I’m going to concentrate on the clubs part in the current environment in which I argue clubs are the ones generating all the problems on themselves. Wait what? Why do you think the clubs are bringing the problems onto themselves? The answer is straightforward. When you see clubs on video or hear about incidents involving violence, drug dealing and other host of crimes happening of course the heat comes down.

The other day we published a story in which a supporter for the Hells Angels was sitting on his motorcycle getting gas. A member of the Pagans Motorcycle Club came from behind him striking him with an axe handle. He proceeded to beat this man and was joined by three others. All of this caught on video surveillance video. The result, that video was used in a NJ Crime Commission hearing on how the Pagans are becoming a direct threat to the people of New Jersey.

Another incident concerned the Beast MG in Houston, Texas. Actually two stories came out about that club. The first one was also caught on video. Over twenty members and associated of the Beast MG where caught on camera beating two men. One a member of a Masonic Club and the other his friend. Our contention at the time was “How in the hell do you call yourself a man and need twenty guys to take care of two?“ This is the stance I still use to this day. The incident was some coward ass crap. Anyways the second incident involved members stealing ATM machines. This all going into into the minds of the citizens who are reading and seeing these videos.

Motorcycle Club or Motorcycle Gang? This has to be one of the most debated questions within the biker scene. There are many arguments for both sides. Here‘s my take on the question. There are some really great motorcycle clubs out there. But when a club starts acting and doing gang shit than call a spade a spade. Sure, this isn’t a popular view in the scene. But here is the deal. In order to solve a problem use must be honest on how the problem came to be in the first place.

Once more, let‘s take the previous incidents into equation. You’re not a member of the biker community. Just a regular Joe citizen. What would be the first thing that pops in your mind reading or viewing these incidents? Be honest now or you’re part of the problem when it comes to motorcycle club profiling. As might be expected you’re going to agree it was a motorcycle gang. Yes, they are conducting themselves as a gang trying to enforce territory and tell others what they can and cannot do. Again, calling a spade a spade.

What’s the average Independent Biker or other club members to do?

Earlier this year I took a poll which basically asked “Do you support Motorcycle Club Rights?“ The overall majority of respondents said they do not. Only 30% of the respondents supported the big outlaw motorcycle clubs. I was truly thrown back at that number. Here I was thinking the number would be around the 70% mark. Usually within the biker community, at least in the old days, clubs used to set the tone. Now, in this modern age people are over it as I say. People no longer look to motorcycle clubs as something they want to be involved in.

The modern biker prefers independent over being a member of a club. Why? Because the modern biker has no stomach or desire to be apart of clubs political crap. No one now a days wants to spend time in prison over some beef between clubs. For example, look at all the clubs popping up. It’s actually like the cap came off the toothpaste and its oozing out. Many people complain about these types of clubs on social media, so they can be within the popular crowd. Truth is though they do support clubs popping up without the permission or blessings of these 1% clubs.

A Hells Angel Motorcycle Club associate was arrested for a 2015 murder authorities announced.

Protocol is an issue in which 1% clubs are losing a ton of support. Factor in the news everyone sees concerning them and it’s the death nail. This is why you see bikers gravitating towards police. This is a phenomenon which was unheard of in the biker community. Something which the police and government agencies have used to their advantage. I actually argue it’s the Leo’s plan the whole time. Leo plays the long game while some of these motorcycle clubs play the short game.

This is particularly why I believe the Motorcycle Club Rights movement is dead in the water. Sure, there have been some movements in the right direction. But here is the thing. Those gains are always pushed back when motorcycle clubs go out and do these acts of violence. It further divides the whole scene as well. The one thing clubs need is support from outside the club circles. Sorry to say, that support continues a down trend. To be honest it’s the clubs themselves that are responsible for it.

What is the Governments long term game plan?

The government and the Leo organizations are using the diminishing support for motorcycle clubs against them. You know what’s brilliant about this strategy? The motorcycle clubs are continuing to walk right into the trap. The Leo see just how much opinion has changed on these clubs and are using it against them. This is also why you are seeing organizations like “Alliance of law Abiding clubs” popping up. AMA has also seen a huge insurgence in popularity which has been happening under the radar. Point being, people are now heading to other type of organizations and the government is exploiting it.

A high-ranking member of the Pagan Motorcycle Club has been arrested accused of ordering the beating of a former club member who prosecutors said nearly killed the man.

Here is a question for the old timers. Back in the day would you ever hear of bikers gravitating towards police? Hell no you wouldn’t. Again, this goes out to the motorcycle clubs. Stop pushing people into their open arms. If you want the help in the fight against motorcycle club harassment and rights you have to start doing your part. That part is to “Stop the Violence!“ I leave you with the following video. This is a video in which members are being disposed of by the NJ Crime Commission. Something which is unheard of regarding motorcycle clubs. This is the type of forum which is used for organized crime and mafia organizations. Think about that. Especially if you want the public‘s support.