The ‘war on gangs’ rhetoric may be politically effective, but as a policy it fails, time after time

It took me almost 10 years to notice that the green ink snaking across my old man’s forehead said “Mongrel Mob”. I never thought the bulldogs wrapping around his hands meant gang member. I mean, he was a dog lover, and he was Dad.

You never really know your parents’ life before you were born, right, even when it’s written across their bodies. You only know the person who is, your mum or dad in the here and now, and it’s almost impossible to imagine they’re someone other people might fear. This is why it took almost 10 years to figure out that the thing on Dad’s head was the reason people were locking their car doors when our family was walking past.

And in one sense, who can blame them? “Gang member” is a vivid signifier, and to most people it signals all the worst things: crime, violence, and a community gone wrong. Never mind that you’re far more likely to suffer violence at the hands of someone you know than at the hands of a random bloke with a patch.

Stereotypes are hard to shake and overestimating a gang’s impact on people’s lives and communities is one reason the “war on gang” rhetoric is so effective, even if as a policy it fails time after time. In a play to this very overestimate National leader Simon Bridges is promising a police unit to quite literally harass gang members. Its name: “Strike Force Raptor”.

Australian readers might recognise the borrowing: New South Wales police operate their own Strike Force Raptor, using the specialist unit to disrupt gang activities across the state. The unit takes a no-policing-measure-too-small approach, doing everything from suspending bikie’s licenses for minor infractions to raiding their gang headquarters and confiscating assets.

The approach is National’s inspiration. Bridges praises the unit as a “remarkable success”. And in a small way he’s right. Motorcycle gangs across the eastern state are on the back foot. Famous clubhouses and grog pits are shut down. Some estimate membership numbers are down.

The irony is New South Wales can thank New Zealand for that. At the heart of Raptor’s strategy are the 501s, deportees with tenuous links to New Zealand – often no more than citizenship from an accident of birth – who are “sent back”. The deportees are in large part responsible for the growth in gang numbers and organised crime in New Zealand. Most arrive with no family or memory of their new home. Their social connections are west. So too their economic connections. Often they just pick up right where they left off as Comancheros or Bandidos or Hells Angels.

So this is the question Bridges must answer: why copy-cat the Aussie unit responsible for exporting its own gang problem here? We can hardly return the members our own Raptors might catch, immediately making them less effective than their Australian parent. There’s no on-sending to another country either. Instead the tools available to disrupt gangs and diminish their numbers and impact are the same as always: employment, housing, education, and public health. 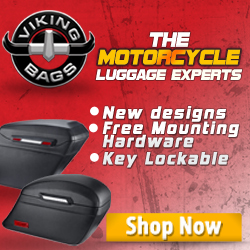 Related Stories Dooley has ridden Harley motorcycles his entire life and was a member of his own motorcycle club for decades before retiring his own bike due to age and health complications.

Think about it this way. More than a third of all New Zealand prisoners have gang connections of one kind or another. Over 60% suffer from a traumatic brain injury. Approximately 70% suffer from numeracy and literacy problems.

Is this really a gang problem or is this a health and education crisis?

The latter, surely. That makes it a crisis of successive governments’ own making. Nowhere is this more obvious and more tragic than in the royal commission into abuse in care where former state ward after former state ward testified they were driven into the arms of gangs after violence and abuse in state institutions.

In other words, “the war on gangs” – that phrase swapping the dogwhistle for the megaphone – isn’t necessarily won with criminal law policy. It’s best won in social policy. If you meant your Raptors policy as gang-buster rather than vote-winner you might realise as much.

Of course none of this is to suggest gangs or organised crime aren’t a problem. In a decent society they wouldn’t exist. The trouble, for me at least, is I find the political rhetoric that shapes people’s understanding of gangs difficult to square with I know. I live in Kawerau, a Mob stronghold, and a good number of my old mates from school are gang members. Yet none, as far as I know, and I know them well, are drug manufacturers or dealers or hustlers. None have any criminal convictions. They’re certainly not “violent” in that wonton way people think gang members are. Even the stats support that. Violent crime involving gang members is dropping. Instead what unites these people is a lack of job opportunities, of educational opportunities.

If I could say one thing to Simon Bridges that would be it, and I’d gently suggest perhaps the best use for his Raptors is putting them to work as teachers and job creators rather than cops.