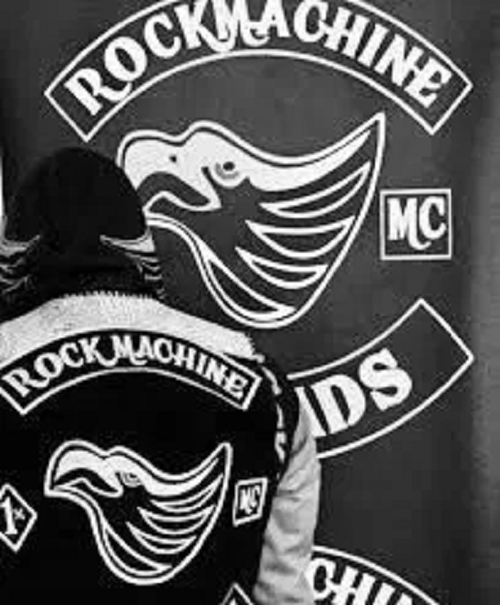 A former gang member is suing the federal government, saying an attack by rival gangsters in a Manitoba prison left him with permanent physical injuries.

In a statement of claim filed earlier this month, ​​​​​Dallas Friesen says he was beaten into unconsciousness by four fellow inmates one day after arriving at Stony Mountain Institution, a federal penitentiary 23 kilometres north of Winnipeg.

Friesen, a former member of the Rock Machine outlaw motorcycle gang, had been transferred from Milner Ridge Correctional Centre on April 26, 2018, to serve an eight-year sentence, according to the document.

Upon arriving at the Manitoba penitentiary, Friesen expressed concerns for his safety to correctional staff, citing issues around gang ties and inmate incompatibilities, the claim says. He told them he had previously been placed in protective custody while serving an earlier sentence in British Columbia.

Despite being assured of his safety by the prison’s security intelligence officer, Friesen’s statement of claim says he was attacked the next evening.

On April 27, according to the claim, an inmate at the gym told Friesen another inmate wanted to speak with him in a washroom. When he entered the washroom, four prisoners assaulted him, including “kicks and blows” to the head and torso, the claim says.

“This is what happens to Rock Machine when they come to Stony,” he was allegedly told by an inmate during the attack.

Why was a Delco musician found fatally shot inside a crypt in a Philly cemetery? Harpy Warlocks Motorcycle Club Responsible

The claim goes on to say Friesen was knocked unconscious. When he regained consciousness, he noticed he was bleeding and there was blood on the floor and walls. An inmate who splashed water on his face to wake him up helped him clean up to prevent the guards from learning about the assault and the bloody mess.

The claim indicates he was “disoriented” from the assault, “dizzy and vomiting” and may have been concussed.

In a state of confusion, the claim says, Friesen took the wrong route back to his cell. When workers at the prison noticed, they allegedly said to him “you were the one who got hit in the gym.”

Friesen is claiming he was told to pack up his belongings and escorted to the intake centre. A manager on duty there who began cleaning his wounds commented “you have probably had worse than that” and refused to allow him to be taken to the hospital, the statement of claim says.

The Mongols Motorcycle Club has been added to the list of gangs whose patches are prohibited from government buildings.

A day after the attack, a nurse said he needed to see a doctor, according to his claim, and four days after that, a doctor who assessed him said he “should have received stitches” for his injuries.

Friesen says he “suffered serious and permanent physical injuries” in the attack, including cuts, blurred vision in one eye, headaches and dizziness, as well as severe anxiety, night terrors and post-traumatic stress disorder.

In his statement of claim, filed April 17 in the Court of Queen’s Bench of Manitoba, Friesen is suing the attorney general of Canada and Correctional Service of Canada for unspecified damages, costs and a declaration that the defendants breached their fiduciary duty and his Charter rights.

The claim says the defendants were negligent in several areas, including failing to properly address Friesen’s concerns about his safety, failing to protect inmates from bodily harm, and failing to provide him with adequate medical care after the alleged assault.

None of the allegations in the statement of claim have been proven in court.