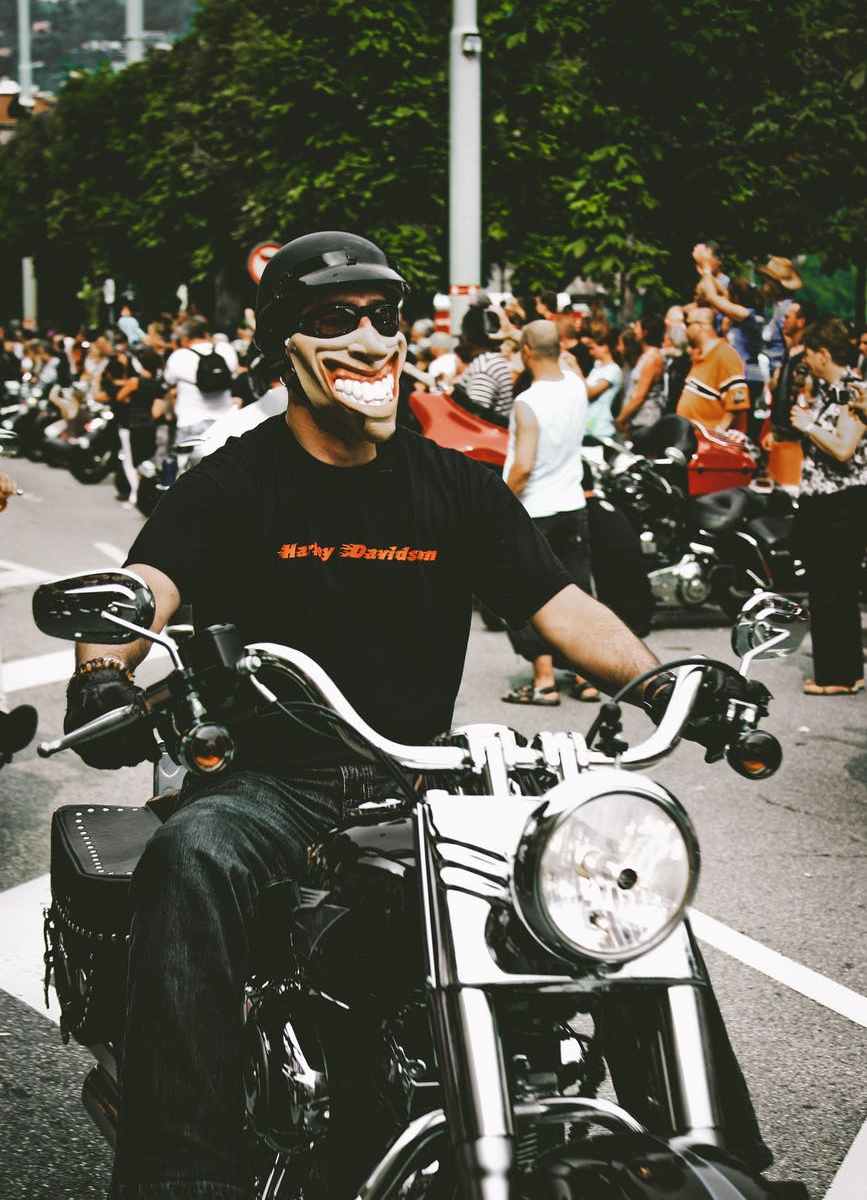 A small Black Lives Matter rally in an Ohio village was overwhelmed by hundreds of armed bikers, disturbing video shows.

“Take the black lives s–t and shove it up your ass!” one of the most vocal rifle-carrying counter-protesters screamed at the group in Bethel on Sunday, calling them “f—–g retarded” and “f—–g terrorists,” video shows.

Expecting just 25 to show, the Black Lives rally ended up getting 80 people — but was totally overwhelmed by up to 800 counter-protesters, with at least 250 motorbikes parked nearby, village officials said.

Many were seen armed with rifles and bats in the village of just 2,800 — with just six cops on duty.

It turned ugly when the group focused on one of the protesters, Nicholas Reardon, throwing him to the ground and then marching him away to chants of “USA! USA!”

A man in a bandanna then came up behind Reardon and sucker-punched him in the head — with a cop just feet in front of them, video of the attack shows.

“Sir, I just got punched in the back of the head,” Reardon finally said to the officer.

It was not clear what the cop said to him, but the crowd cheered, with one of the counter-protesters thanking him for his “service.”

“This offense took place in the presence of a Police Officer but was not witnessed by the Officer,” Bethel Police Chief Steve Teague insisted Wednesday.

He posted a warrant for the arrest of the suspected attacker, Johnnie B. Devault, for misdemeanor assault.

Teague told WCPO his officers were completely overwhelmed, with just six cops on duty for the expected small turnout.

“It’s a little scary for us, too, because I’ll be quite honest with you, we were outnumbered many times with people having more weapons than the officers do,” he told the station.