FOND DU LAC — Family members, police and a prosecutor raised concerns about Daniel Navarro’s mental health months before he was charged with a hate crime for ramming his pickup into a motorcycle, killing a white retired police officer.

But there is no public record showing that the red flags raised by people who encountered Navarro led to any mental health care for the Fond du Lac man — or to a psychological evaluation that was ordered by a judge last fall, an investigation by The Reporter shows.

A judge later dismissed a disorderly conduct charge against Navarro and ordered him released from the Fond du Lac County Jail in November. 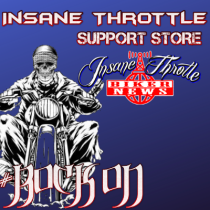 In a four-page criminal complaint, prosecutors accuse Navarro, 27, of intentionally crashing his father’s pickup truck head-on into Thiessen’s Harley-Davidson, leaving Thiessen dead on the pavement of a Taycheedah street. Authorities allege that Navarro said he targeted the cyclist because he wanted to kill a white person.

Police said Navarro, who is Latino, claimed a friend and a neighbor who are Caucasian had “poisoned” him with acid, and that he hears other white people making racist comments about him. Under questioning by detectives, Navarro also complained that a supervisor at a job site in Ripon had intentionally contaminated him by applying a chemical sterilizer to his jacket early in 2019.

The killing is the most serious act that brought Navarro to the attention of authorities. But it wasn’t the first.

His sister called city police Aug. 23 to voice concerns about his welfare – and that of their mother, who had regularly been sleeping at her church out of fear of confrontations with Navarro because of his “bizarre behavior,” Fond du Lac County Circuit Court records show.

In a statement to police documented in a criminal complaint, Navarro’s mother said he had been exhibiting paranoia and an extreme fear of germs and recently was confrontational with her over how loud he was allowed to play his music in their house on Fond du Lac’s south side. Daniel refused, she said, to touch anything unless he was using toilet paper or paper towels as a barrier, and rarely left the house or associated with others because of a fear of getting germs — what his mother said he called “rust” — on his skin.

“Daniel had recently gone to the hospital and his doctor stated that he should be seeing a psychiatrist,” Fond du Lac Detective Steve Kaufman wrote in the complaint.

City police tried to have Navarro placed under a 72-hour mental-health hold. That would have enabled authorities to hold him for up to three days while mental-health professionals determined if he was a danger to himself or others. The criminal complaint in the hate-crime case says the request was denied by a local crisis hotline.

The disorderly conduct charge landed Navarro in the county jail, and he couldn’t raise $100 to post bail.

Authorities involved in criminal cases against Navarro have been reluctant to comment. Navarro’s current attorney, Jeffrey Jensen of Milwaukee, said he needs to consult with his client before he’ll discuss the case publicly. Ty Gasparek, a Fond du Lac-based public defender who represented Navarro in the disorderly conduct case, said he could not comment.

Members of Navarro’s family have not responded to interview requests made through third parties or could not be reached.

Four weeks after he was jailed in the disorderly conduct case, Navarro asked the court to reduce his bail. Fond du Lac County Judge Richard Nuss declined, but he ordered the Wisconsin Department of Health Services on Sept. 24 to perform a competency exam on Navarro after the prosecutor handling the case requested the test. Nuss later assigned Navarro a public defender.

The order gave the state 30 days to determine if Navarro was fit to be tried for the disorderly conduct offense. Court records show an exam was due to the judge on Oct. 31, but there’s no evidence one was received.

A Health Services spokeswoman confirmed the state would have had 30 days to perform the exam and provide it to the court. She wouldn’t say if the exam was performed, saying the agency doesn’t allow her to discuss specific cases.

In late October, public defender Gasparek notified the judge and the prosecutor that Navarro had been in jail 69 days without a trial; the maximum sentence for disorderly conduct is 90 days. On Nov. 4, in response to a motion from the prosecutor, Nuss dismissed the charge and freed Navarro.

Nuss was assigned on Friday to hear the hate-crime case. Navarro remains in Fond du Lac County Jail in lieu of $1 million bond.