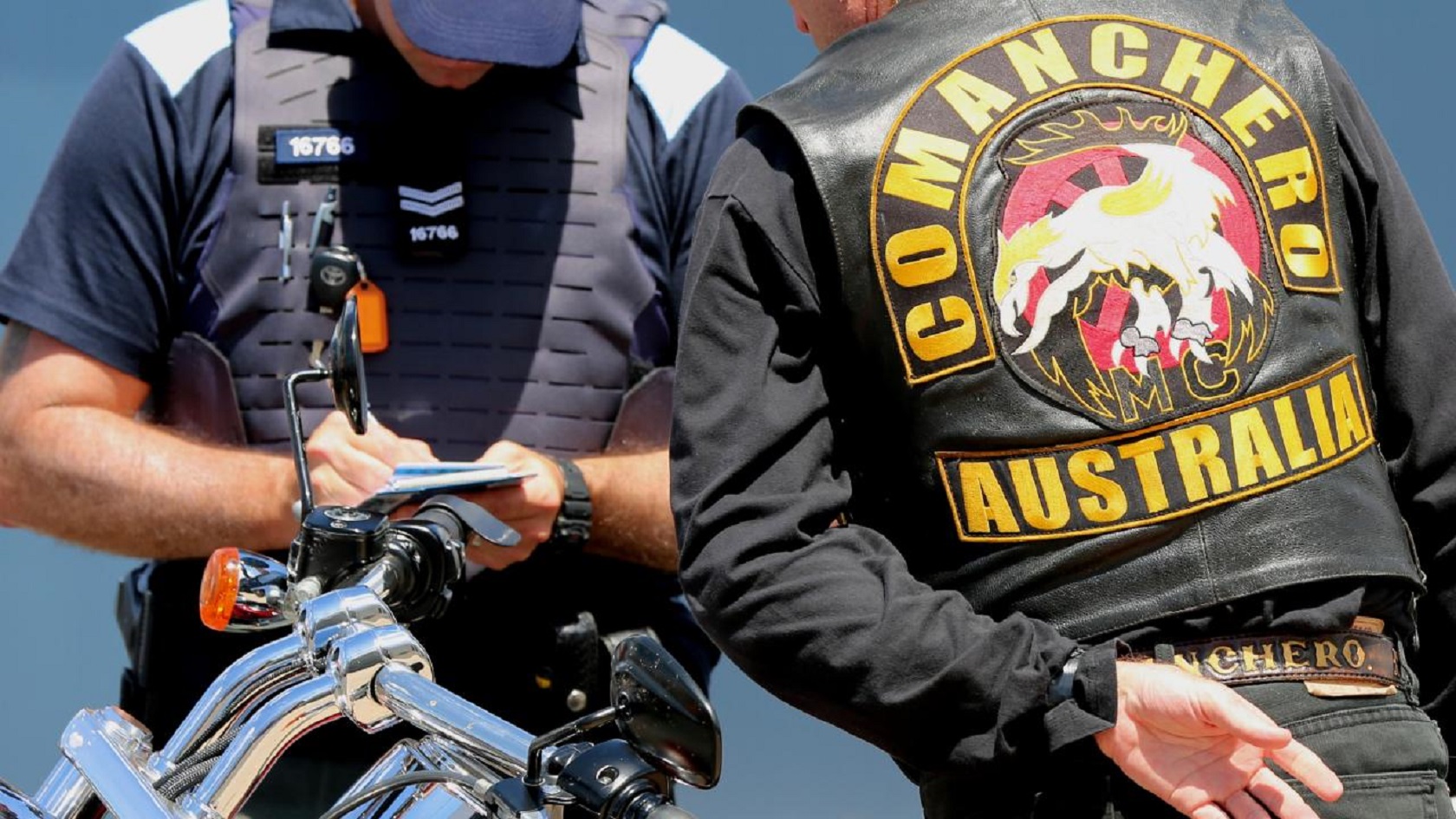 A senior member of the Comanchero MC has been jailed after after luxury shoes and handbags pointed the police at his money-hiding scheme.

Tarek Zahed, 39, is the sergeant-at-arms of the Sydney chapter of the Comanchero and police believe he maintains a strong link to its exiled boss Mark Buddle.

Buddle remains living a lavish life in Dubai, thousands of kilometres away from the NSW detectives who wish to question him over a raft of crimes.

Zahed’s links to and apparent communications with Buddle were revealed in his Supreme Court bail hearing, which was also told he laundered $59,000 through the pokies at the Three Swallows Hotel in Bankstown.

In sentencing Zahed to one year and four months in jail over dealing with proceeds of crime and making a false statement, Magistrate Jennifer Giles said he “seemingly doesn’t deny” his senior ranking within the club.

The court was told of how Zahed used the bank accounts of two young family members to hide away hundreds of thousands of dollars’ worth of criminal profits.

Money, the court heard, which has not been forfeited.

Magistrate Giles said it was a “wicked crime” that was “sophisticated and successful”.

His defence barrister Peter Lange had previously argued the money came from him buying and selling cars.

Zahed claimed he was a broke delivery driver earning $450 a fortnight, the court heard, despite having access to nearly $1 million in various bank accounts.

Those claims were made after he was charged over avoiding paying a shooting victim $50,000 for 15 years.

Zahed’s legal team said he intended to pay the sum in instalments and it had since been completed.

His last court date heard the 39-year-old had recently just found out he was a grandfather.

He pleaded guilty to dealing with proceeds of crime and making a false statement earlier this year and will first be eligible for parole in July 2021.

He was led away in handcuffs by sheriffs in front of a small entourage of supporters in the public gallery.