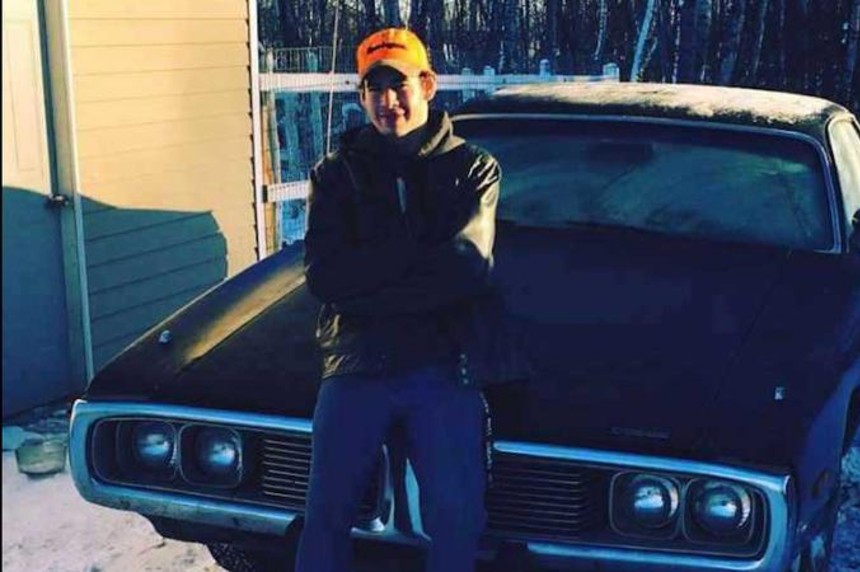 Nearly nine months after the death of her son, Shannon Glasier says she still has many unanswered questions and needs more time to thoroughly process what happened.

Allan Douglas Garrioch (who also went by the last name Glasier), 22, was reported missing in late February and the investigation later revealed foul play was involved. His remains were found roughly six days later in a rural area northwest of Humboldt. Five suspects have been charged in the case.

“My mind is saying [Allan] just went to work because he was supposed to go to work that morning. It’s more coping that way I think, telling itself he’s still alive,” Glasier said.

According to information provided in court, Garrioch was handcuffed and taken from his brother’s home in Humboldt, then taken to a cluster of trees in a rural location and shot.

Brettin Andrew Veilleux-Pelletier, 22, the lone person to be sentenced so far, received an 18-year sentence after entering guilty pleas to a number of charges including manslaughter, unlawful confinement, and break-and-enter.

While the court has heard Veilleux-Pelletier was not a participant in the alleged murder, he was at the house that day and assisted in stealing a number of items. Court heard he beat Garrioch with a cattle prod.

While happy that the manslaughter sentence was on the higher end, Glasier said no one has explained to her why the original charge of first-degree murder was downgraded, and why Veilleux-Pelletier was even sentenced at all without the completion of a coroner’s report.

“Why put him through when you know he’s the one who burned him all over with the cattle prod?” she said.

According to Glasier her son was targeted for almost a year. He received death threats and his vehicle was set on fire. Despite the family’s requests for help, Glasier claimed police did nothing, adding there was no help to be found on the day her son went missing.

“At the time he was abducted he called 911 and no one came,” she claimed. “This could have been stopped.”

According to testimony heard in court, a Hells Angels jacket was among the items sought by the attackers on the day Garrioch was taken. The accused were allegedly paid to go and get it, but Glasier said the jacket actually belongs to her other son and had no connection to any Hells Angels.

“Allan was the only one there so I guess they took him,” she said.

According to victim impact statements read in court at the sentencing hearing last month, Garrioch was described as gentle, kind, and always smiling. To this day, Glasier said she cannot understand why someone would want to hurt her son.

“He would never start a fight with anybody,” she said.

Suspects Steve Veilleux and his wife Jodie Lynn Veilleux will have their matters spoken to Wednesday at Saskatoon Provincial Court. Tristan Daniel Morrison and Joshua Dominic Canevero, both from Saskatoon, have pending court dates in the new year. Morrison has been scheduled to face trial on March 1 in Humboldt and Canevero has a pre-trial hearing on Jan. 22. In the meantime, Glasier waits for the day when she can properly grieve for her son.

“When it’s all said and done …and it’s gonna take so long, I’ll be better by then,” she said.

According to a statement from the Ministry of Corrections, Policing, and Public Safety, the ministry is unable to comment on cases that are still before the courts.

Saskatchewan RCMP also provided a statement and explained the Major Crimes Unit has maintained regular contact with the victim’s family throughout the ongoing investigation and the court process.

“Victim Services has also been offered to the family since the beginning of the investigation and continues to be engaged to provide support,” the statement read.