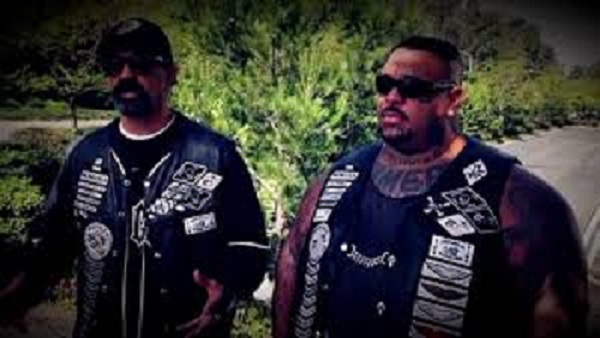 In an attempt to have a Los Angeles-based motorcycle club stripped of its trademark, which would be a first for authorities, a federal prosecutor told a jury in a Santa Ana courtroom Wednesday that the organization has spent years using violence to further its criminal enterprises.

Attorney Joseph A. Yanny countered that his client, the Mongols Motorcycle Club, is a victim of a “deep state” conspiracy by law enforcement to “persecute, not prosecute” the organization to fetch more taxpayer dollars for police.

If jurors find the club guilty of racketeering and conspiracy to commit racketeering, U.S. District Judge David O. Carter could let authorities seize the club’s logo, which is featured on patches handed out to members for various reasons, including one purportedly for murder on behalf of the organization, which was formed in December 1969 in Montebello by Vietnam War veterans.

“You’re going to hear evidence in this case that Mongol Nation encourages, supports and rewards its members for committing crimes,” Assistant U.S. Attorney Christopher Brunwin said in his opening statement in what is expected to be at least an eight-week trial that may include testimony from former Minnesota Gov. Jesse Ventura.

“You’re going to hear this in their own words,” Brunwin said, referring to surveillance video and wiretap audio recorded by federal agents who infiltrated the club.

The Bureau of Alcohol, Tobacco, Firearms and Explosives launched the “Black Rain” operation, in which four agents infiltrated the Mongols. The agents had to pass polygraph tests before gaining entrance into the club, Brunwin said. One of them was highly prized and recruited because he was viewed as a high-level drug trafficker, he said.

The prosecutor said evidence to be presented includes video of a man backing away from motorcycle club members with his hands up before he is stabbed in the face.

“You’re going to see another man in a parking lot with Mongols pursuing him at length … shooting at him,” Brunwin said.

He said jurors will also hear testimony about a brawl that broke out between the Mongols and Hell’s Angels at a gathering of motorcycle enthusiasts in Laughlin, Nevada, and an attack on a black patron at a Hollywood lounge.

In an indictment handed down earlier this year, prosecutors alleged the organization were especially hostile to African Americans and targeted them in hate crimes.

The prosecution also plans to present evidence about the attempted murders of three men in Riverside County in December 2005; a February 2007 murder and the April 2007 attempted murders of two victims in Los Angeles County; the beating death of a man at a tavern in Lancaster in 2007; the stabbing of a man at a Pasadena gas station in April 2008; a murder in San Francisco in September 2008; a murder in November 2009 in Merced County; and the killing of a Hell’s Angels member on May 21, 2017, in Riverside.

Brunwin also described the attack of a man at an am/pm convenience store in Cathedral City, in which the victim was seen on surveillance video running from a trio of alleged Mongol attackers as his father tried to rescue him, and said jurors will hear how a victim was forced to “dance” at gunpoint outside Slick’s restaurant in Norco.

“Almost all of these victims are not rival gang members,” Brunwin said.

Yanny started his opening statement by wishing jurors a “Happy Halloween.” He them told the panel, “You just heard one of the greatest pieces of fiction,” and said the club is a law-abiding organization that expels members who run afoul of the law.

“If they commit attacks that are not self-defense, they’re gone,” Yanny said. “There’s zero tolerance for criminal activities.”

Club members are told if they can handle their liquor, “knock yourself out,” but if they cannot, they need to seek help or they are kicked out, Yanny said.

“If you sling dope, you’re gone,” he said, telling the panel that the club is focused on ridding itself of troublemakers because they don’t want “heat” from law enforcement.

Initially, the club was formed by Vietnam War veterans who came back to a country that “spit” on them and were looking to “bond” with like-minded military members, Yanny said. Most of the founding members were of Mexican-American heritage, but the club’s demographics have evolved, he said.

“There are guys in this club who are darker than Barack Obama,” he said. “And there are lily-white guys like Jesse Ventura, who you’re going to hear from.”

Yanny said the club took on a defensive posture soon after its founding after a series of murderous attacks by the Hell’s Angels.

Yanny said the club has been under the scrutiny of law enforcement for decades.

“It’s an easy way to justify a budget, get health benefits … and if you’re lucky you eventually get to write a book” and get a “movie deal,” Yanny said of ex-agents who have infiltrated the club in the past.

Yanny pointed to the club’s current president David Santillian in court, and said, “He’s a family man, a business operator… He’s a good man. I trust him with my life. I think you would trust any of these men with your life if you knew them.”

Yanny alleged that at times over the years, undercover agents would “foster” violent confrontations between motorcycle club members because “if it bleeds it leads” and makes for better fodder for the books they plan to write.

“When there’s blood on the floor, there’s more money in the budget,” Yanny said. “It’s a way to justify the deep state.”

He said that at one point, one of the Hell’s Angels was shooting wildly into the chaos, leading to the deaths of two Hell’s Angels members and one Mongols member. The Mongols were unarmed because they had checked their weapons at the hotel where they were staying, he said.

“This case is an absurdity,” Yanny said. “The fact is this organization did not commit any crimes … Individual members did, but they got booted out.”

The most anticipated biker books of the year is now on sale. The New Age of Biking & Brotherhood the first in the series is available on paperback & Kindle. The Legitimate Motorcycle Club is now available on Kindle. “The Iron Order- The year that changed the MC scene