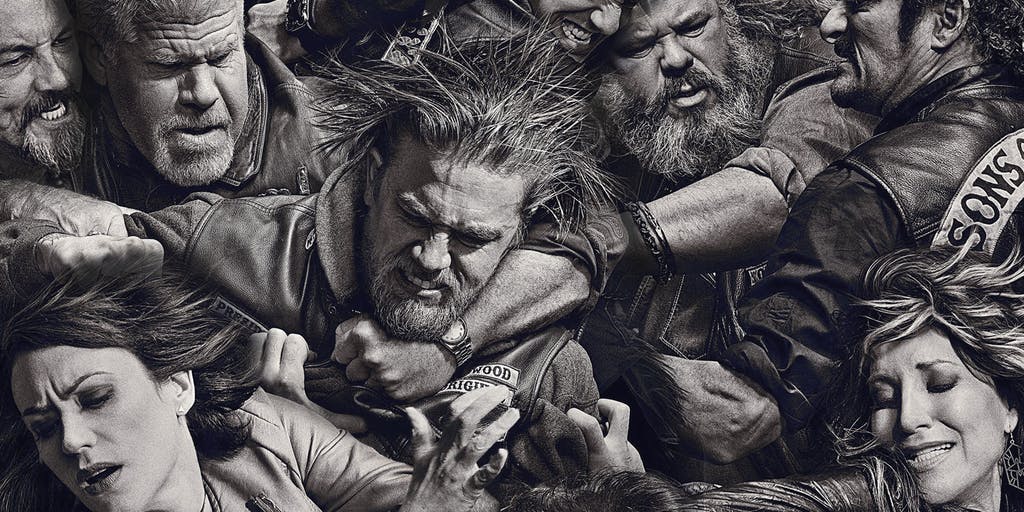 For seven interesting seasons, the FX show “Sons of Anarchy” delivered everything you could want in a series. It had outlaws. It had drama. It had action. And yes, it had characters that you loved and loved to hate.

Sons of Anarchy is a show that centers around the life Jax Teller and his motorcycle club. In the town of Charming, California, Jax and his crew, the Sons of Anarchy, would patrol and protect the area. However, they are not exactly abiding citizens themselves.

On that note, we’ve listed three bikes from the show that we would never touch with a ten-foot pole, along with 12 that we would:

The Harley-Davidson Heritage Softail Fat Boy was also driven by Bobby on the show. However, if you could remember, he only used this bike once throughout the entire show. Unfortunately, Bobby’s Softail Fat Boy suffered a malfunction and caused Tig to crash.

Today, you can own the 2019 Softail Fat Boy for a starting price of $19,049. This bike uses a Milwaukee-Eight 107 engine that can deliver as much as 109 pound-feet of torque at 3,000 rpm. And as far as fuel economy is concerned, this bike has an estimated rating of 47 miles per gallon for city and highway riding.

We Would: 1996 Harley-Davidson Heritage Softail

Aside from the Sons of Anarchy, there was another motorcycle club featured on the show. This was none other than the Mayans Motorcycle Club, which happens to be the Sons of Anarchy’s mortal enemy. The Mayans controlled northern California and Nevada. And just like Jax and his crew, they also rode some pretty cool motorbikes. One of which is a 1996 Harley-Davidson Heritage Softail.

According to the website Bikez, this cruiser was powered by a V2 four-stroke engine that can deliver as much as 57 horsepower at 5,000 rpm and 71.5 pound-feet of torque at 2,350 rpm. It has a dry weight of 287 kilos and featured a five-speed gearbox.

Some bikers get their rides back from Boardtracker after pressure from social media Go get your bikes!

We Would: 2006 Harley-Davidson Dyna Street Bob

In the Sons of Anarchy Motorcycle Club, Alexander Trager serviced as the former sergeant. He also went by the name Tig and was seen riding a 2006 Harley-Davidson Dyna Street Bob.

According to the website Motorcyclist, this bike features a V-twin engine along with a belt final drive and a six-speed transmission. Moreover, this bike has a dry weight of 634 pounds and a wet weight of 667 pounds. Meanwhile, the 2006 Dyna Street Bob also has a fuel capacity of 4.7 gallons. Today, you can reportedly still own a bike like this for a starting price of $13,195.

We Would: Harley-Davidson Dyna

On the show, Kip Half Sack’ Epps was a prospective member of the Sons of Anarchy club. He was a boxing champion who rode a Harley-Davidson Dyna.

According to Riverside Harley-Davidson, the Dyna is a good choice if you are looking for something lightweight but powerful. In fact, the company explained, “Riders in Los Angeles, Orange County, and the rest of the Inland Empire often need to mix long highway rides with journeys across the city and suburbs, making the Harley-Davidson Dyna model range a popular choice. These models have been designed to cruise easily at all speeds while still providing an outstanding level of power when you really want to push it.”

We Would: Harley-Davidson Panhead Restoration

On the show, Sons of Anarchy motorcycle club member Harry ‘Opie’ Winston proudly owned a Harley-Davidson Panhead Restoration. If you could remember, Opie ended up working on this bike throughout his time in the series.

At the moment, it’s quite hard to find a Panhead Restoration for sale. However, if you’re interested, there are still listings for a Harley-Davidson Panhead. These vintage bikes include the ’40s, ’50s, and ’60s models. If you’re looking to buy one, it may be a good idea to check it out in person. And if possible, try to take the Panhead bike out for a test ride.

We Would: Harley-Davidson Road King

As you might remember, the leader of the Mayans Motorcycle Club could be seen riding a Harley-Davidson Road King in custom Mayan green paint.

Today, you can own a 2019 Road King for a starting price of $19,289. That price gets you a unit in Vivid Black. However, if you want a bike that’s two-tone or custom colored, you should be willing to pay $20,089. The 2019 Road King features a Milwaukee-Eight 107 engine that can deliver as much as 111 pound-feet of torque at 3,250 rpm. At the same time, this bike has an estimated fuel economy rating of 43 miles per gallon in the city and highway.

Aside from the Sons of Anarchy and the Mayans, there was yet another motorcycle club featured on the show. This was none other than the Grim Motorcycle club. Based in Lodi, California, this club allied themselves with the Sons of Anarchy. Serving as leader of the club was T.O. Cross how was seen riding a Harley-Davidson Screamin’ Eagle Road Glide.

Today, you can put a custom Screamin’ Eagle touring style on the 2019 Harley-Davidson CVO Road Glide. With a starting price of $42,339, this bike features a Milwaukee-Eight 117 that can crank out as much as 125 pound-feet of torque at 3,500 rpm.

We Would: Harley-Davidson Road Glide

On the show, it appears that Bobby chose to ride a Harley-Davidson Road Glide at some point during the show’s fifth season.

Today, the 2019 Road Glide comes with a starting price of $21,589. As far as power is concerned, this bike comes with a Milwaukee-Eight 107 engine that can deliver as much as 111 pound-feet of torque at 3,250 rpm. And in case you’re wondering about fuel economy, the 2019 Road Glide has an estimated rating of 43 miles per gallon in the city and on the highway. As for the infotainment features, this bike comes with a standard hands-free mobile phone via Bluetooth as well as AM and FM radio.

We Would: 2011 Harley-Davidson Dyna Street Bob

On the show, Sons of Anarchy sergeant-at-arms Happy Lowman has been seen riding a 2011 Harley-Davidson Dyna Street Bob. According to a report from Complex, this very bike ended up getting sold during an auction in January 2012. A part of the proceeds benefited the Ronald McDonald House Charities.

Today, a 2011 Dyna Street Bob can be bought for an estimated price of $12,999. It features a V-twin two-cylinder engine and a fuel that can hold up to 4.7 gallons. Meanwhile, according to Cycle World, this bike has an estimated fuel economy rating of 35 miles per gallon in the city and 54 miles gallons on the highway.

We Would: 2008 Harley-Davidson Dyna Super Glide

According to Cycle World, the 2008 Dyna Super Glide features a fuel injected V twin two-cylinder engine. It also comes with a six-speed manual transmission and a fuel tank with a capacity of 5.1 gallons. As far as fuel economy is concerned, this bike comes with an estimated rating of 34 miles per gallon in the city and 53 miles per gallon on the highway.

On the show, Opie was also seen riding a 2003 Harley-Davidson Dyna Super Glide Sport. On the fuel tank, his bike proudly displays the Sons of Anarchy logo atop a pile of skulls.

In case you’re wondering, the 2003 FXDX Dyna Super Glide Sport features a V2 four-stroke engine that can deliver as much as 78.2 pound-feet of torque at 2,900 rpm. It has a dry weight of 661.4 pounds and a fuel tank capacity of 4.89 gallons. According to Total Motorcycle, some of this bike’s features include triple-disc brakes, premium adjustable sport suspension as well as a top-mounted speedometer and tachometer.

We Would: 2003 Harley-Davidson Dyna Super Glide Sport with Custom T-Bars

Perhaps because Opie and Jax are the best of friends, Jax also rode a 2003 Harley-Davidson Dyna Super Glide Sport throughout the show. What sets his bike apart from Opie’s, however, are his custom T-bars.

Apparently, Hunnam ended up stealing this awesome bike when the show ended its run. During an interview with Entertainment Tonight, he admitted as much, saying, “I stole so much, let me tell you. I stole my car, my bike; I stole the rings. Yes, I stole the bike. Hell yeah! It’s in my garage. It was like one of those weird things that like a kid does. I stole it, but I’ve never used it.”

As you might remember, Sons of Anarchy vice president Robert “Bobby Elvis” Munson enjoyed riding a custom bike throughout the show. It featured a hardtail frame and a solo springer seat. Meanwhile, according to the website Fandom, it’s possible that this custom bike used an Evolution engine of an aftermarket engine.

Some of you who might think that a custom chopper is absolutely cool. Sure, it could be. However, judging from the looks of this particular custom build, we’re willing to guess that this ride is anything but comfortable. And because of this, we would rather be riding something else.

On the show, Linc Potter drove a 1970s Triumph Bonneville. The ’70s proved to be a trying time for the Bonneville. After all, the foreign companies had become increasingly competitive with the bikes during this time. They had become more powerful and Triumph was desperate to make their bikes keep up.

Unfortunately, this did not prove to be easy. As explained by the website Classic-British-Motorcyles.com, “Relative to the changing market at that time, now rife with Honda 450 DOHCs and 750/Fours, Kawasaki triples and the like, the Bonnie was sorely lacking in some key areas: No 5-speed, no disk brake, and no electric starter.”

On “Sons of Anarchy,” the Harley-Davidson Electra Tri-Glide was driven by the character of Piney Winston. In fact, Piney rode this bike even as his health was failing. To make this possible, his bike features a holster on the back which was used to keep his oxygen canister.

Overall, the Electra Tri-Glide is a solid bike. According to Harley-Davidson, the 2019 Tri-Glide Ultra features a twin-cooled Milwaukee-eight 114 engine that can deliver as much as 121 pound-feet of torque at 3,250 rpm. Moreover, this bike has an estimated fuel economy rating of 42 miles per gallon on the city/highway. Nonetheless, because this bike has three wheels though, we don’t find it as appealing as some of the others.