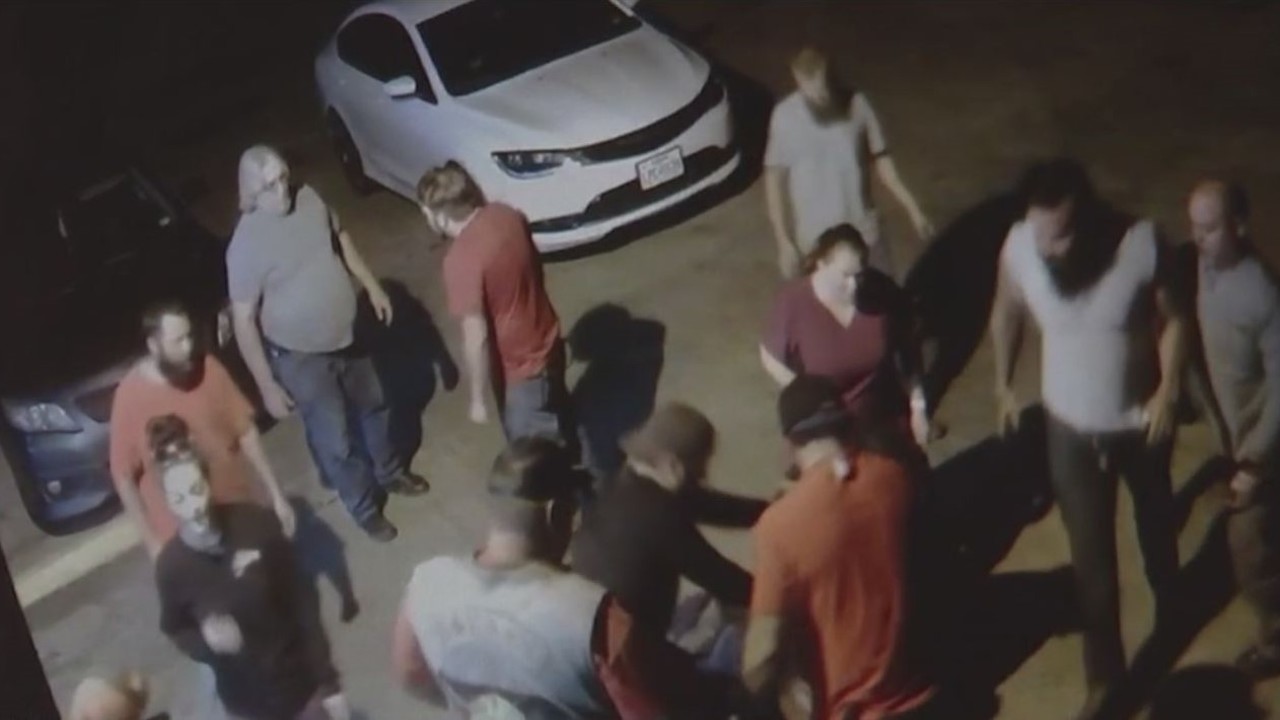 HOUSTON (FOX 26) – Sandra Young’s camera at her bar called Bokeeto catches a lot of things. They are in a bar after all. But this time was different.

“I don’t even have the words. I’m appalled. I’ve never seen anything like it. Animals. Criminals. I was so angry,” she said.

It was Wednesday night. A man with a Risen Dead Motorcycle Clubs vest on was sitting inside when another biker wearing on from the Beasts walked in and asked him to step outside. He did.

Once outside, the first man confronts him and the suddenly out of the darkness almost twenty men emerge.

“They jumped out from behind my dumpster like a bunch of cockroaches and try to cut the man’s vest off,” Sandra said.

Then they attack one of his colleagues who attempts to intervene. Then they ride off into the darkness  but not before firing at least two shots in the direction of the crowded bar. Luckily nobody was hurt but bullets hit hit two parked cars, rupturing one of their fuel tanks.

Protect your motorcycle from thieves Gorilla Automotive 9100 Motorcycle Alarm with 2-Way Paging System
But she’s not backing down.
And even though Facebook keeps taking it down, she keeps reposting the video. And as for the death threats, she’s not intimidated.

The Montgomery County Sheriff’s Office says there is an active investigation of the incident.