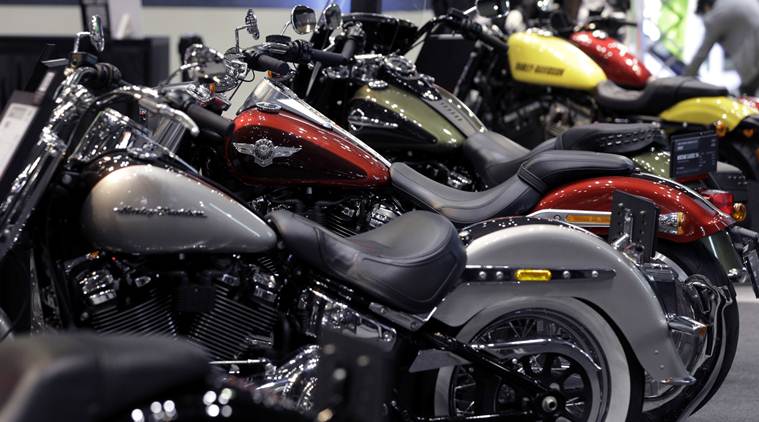 If there’s a villain in the legend of Harley-Davidson, it’s AMF.

American Machine & Foundry Co. was the company that bought the Milwaukee motorcycle manufacturer and, as popular lore goes, nearly wrecked it, pushing quantity over quality and tarnishing Harley-Davidson’s reputation at a time when cheaper, better-made Japanese imports were taking over the market.

“I used to feel bad taking customers’ money, the quality was so bad,” a Staten Island, N.Y., Harley dealer told The New York Times in 1988. ” … AMF was just about the ruination of Harley-Davidson.”

But in 1968, AMF was lined up to be just the opposite. The company that, according to many, helped put Harley on the skids was supposed to be the one that saved it.

Caught in the takeover wave

Harley had gone public in 1965 because it was hungry for cash as it struggled to contend with rising competition from Japan. The timing wasn’t ideal.

In the late 1960s, a wave of conglomerates — holding companies that acquired a range of often-unrelated businesses — washed over the American business landscape, gobbling up smaller companies with the idea of wringing extra profits from them.

Reporting on Bangor’s move in the Oct. 2, 1968, Milwaukee Sentinel, Mervin C. Nelson noted that Harley president William H. Davidson had said before that the company was not for sale, and that executives, directors and members of the families that founded the company controlled more than 53 percent of Harley’s stock.

On Oct. 4, in a letter to shareholders, Davidson called the bid from Bangor, which earlier that summer had bought Waukesha Engine, “a surprise move to take over control of your company” and urged shareholders to reject the “inadequate” offer.

While Bangor officials sweetened their bid — a complicated mix of its own shares, stock warrants and subordinated debt, subject to taxes — Harley executives went looking for a rescuer.

The Milwaukee Journal reported on Oct. 30 Davidson had said in a letter to shareholders that Harley was “exploring the possibility of merger or consolidation with other major industrial corporations.”

The next day, Harley announced it had reached a deal to be acquired by AMF, another conglomerate with a portfolio ranging from aerospace to bowling.

Harley didn’t comment on why it had chosen AMF as its white knight.

AMF’s offer, a swap of its shares for Harley’s, was valued at $21.6 million, less than Bangor’s. But as Davidson pointed out, it was tax-free.

Harley called a special shareholders meeting for Dec. 18, 1968. But not before Bangor increased its offer again, to $49.16 a share — and, unlike its previous bids, this one would be a tax-free deal.

Bangor responded on Dec. 16 by suing AMF, Harley and Harley’s board of directors, claiming in the lawsuit filed in federal court that Harley didn’t submit Bangor’s tender offer to shareholders.

The shareholders meeting, at the Milwaukee Athletic Club, went on as scheduled.

By then, Bangor controlled nearly one sixth of Harley’s stock, while Harley management and family members still controlled more than half the outstanding shares. Bangor’s David W. Wallace spoke at the meeting, saying his company would withdraw its opposition to AMF if the company increased its offer, The Journal reported Dec. 18.

But AMF didn’t. The counting of shareholder votes lasted longer than the meeting — which, The Journal reported, had to be cut short because the Milwaukee Athletic Club needed the room for a Christmas party.

The following day, The Journal reported that 78 percent of the shares were voted for the AMF purchase.

Rodolfo Correa, an AMF executive vice president who negotiated the deal with Harley, told The Journal that AMF intended to keep Harley’s management in place.

“It would be worthwhile to preserve its identity,” Correa said.

Not long after AMF shareholders confirmed the Harley deal in January 1969, the new owners insisted on adding “AMF” to the logo on Harley gas tanks — a move that didn’t endear the company to the Harley faithful.

Things worsened from there. AMF ramped up production but didn’t upgrade its Milwaukee plants, creating a quality-control nightmare that hurt Harley’s reputation. To keep up with rising demand, AMF moved work to a plant in York, Pa., which exacerbated labor tensions in Milwaukee and created production bottlenecks — all while Japanese manufacturers were gaining market share.

After 12 years of AMF ownership, Harley was sold to its managers in 1981. To mark the company’s newfound freedom, the new owners rode their Harleys 800 miles from York to the Milwaukee headquarters, symbolically leaving the motorcycle maker’s onetime rescuer in the dust.

On Wednesdays this year, the Green Sheet’s Our Back Pages has been looking back at 1968 in Milwaukee, sharing stories of the events that shaped and reflected a changing city as reported and photographed by the Journal Sentinel’s predecessor newspapers, The Milwaukee Journal and Milwaukee Sentinel.

Special thanks and kudos go to senior multimedia designer Bill Schulz for finding many of the gems in the Journal Sentinel photo archives.