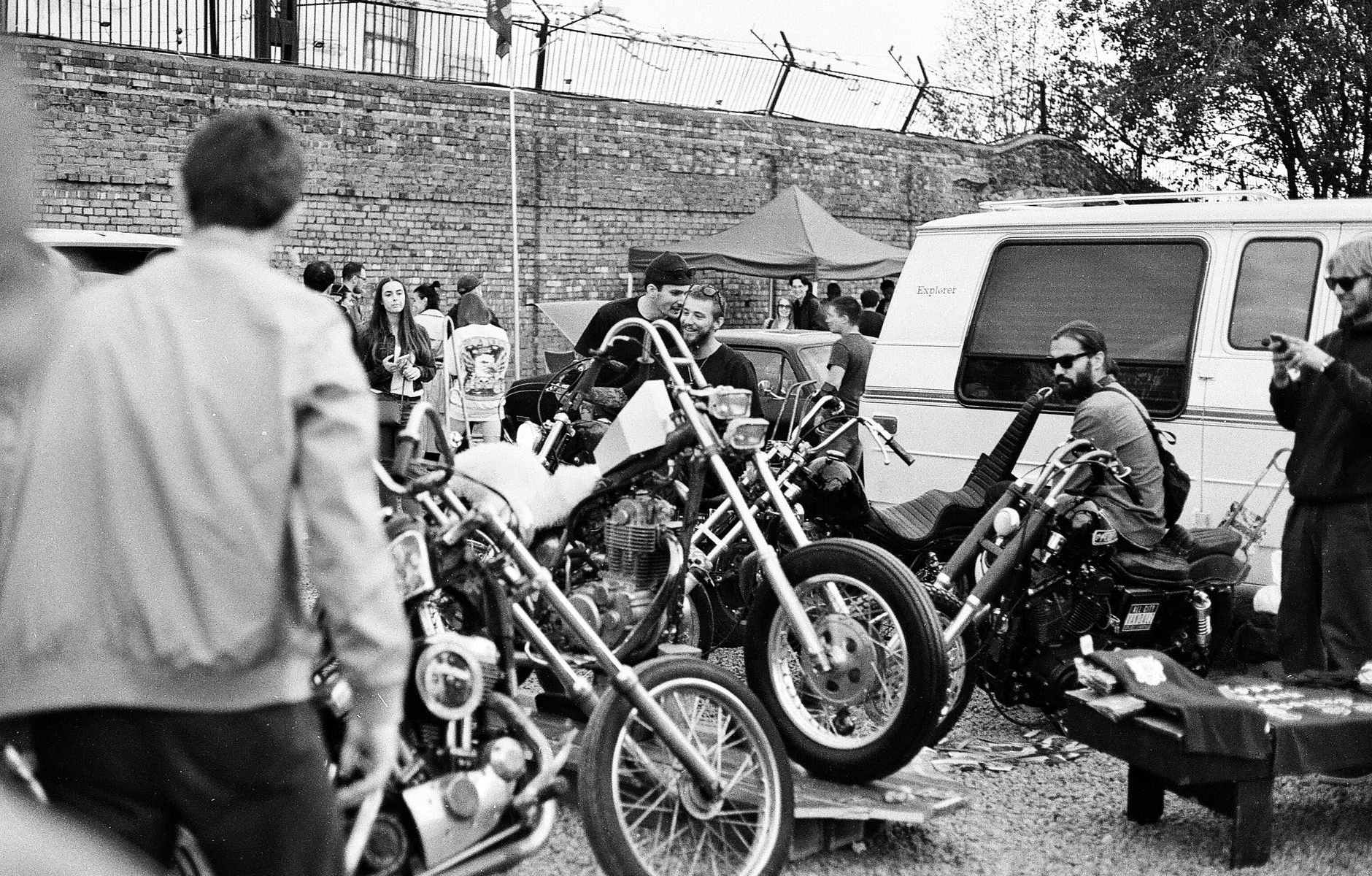 This should be a no brainer, unfortunately there are many being taken advantage of by these types of people. One of the main causes is people crave to belong to something. I get it, motorcycles were designed to be ridden in groups and cement a bond between riders. This doesn’t mean you have to give up common sense to achieve your goals.

Let’s take a look at what out bad means

This is actually a subject that is pretty hard to define. The term “out bad,” has changed greatly over the years. There used to be only three reasons why someone could be put out bad. The first one was stealing money from the club. The second one was shooting up with needles and finally, screwing a fellow members ole lady without permission.

Those were basically the only reasons why someone was put out bad. Nowadays you can add tons more reasons why this happens. Shit, you can piss on a tree wrong and someone will put you out bad. Sad state of affairs if you ask me. It was always better when the term was defined and universal.

How the internet gave rise to Out Bad Club Members

One of the main reasons I decided to do this op-ed is because of something that happened in a Facebook Group. This particular Facebook group was supposed to be about education and freedom. Well, the owner of the site is an out bad member of a major 1% club and deservedly so. This was one of the worst of the worst when it came to stealing, lying and cheating his own club. The guy even went as far as writing a book bashing his old club, something he would never do in person. In fact, when he eventually turned in his property, he had his ole lady do it instead of facing his old club. Again, big talk but no spine is what defines this guy.

Police have arrested most of the senior leaders and patched members of the Mongols motorcycle gang chapter in the Bay of Plenty.

The internet and more specifically Facebook, gave this guy an opportunity to spew his bullshit to anyone that would listen. Well, guess he finally pissed off most of the fellow founders of the group. He used to tell everyone that no politics should be talked about . Of course though that rule didn’t apply to him. He used to go off on his liberal bullshit any time he would do a video. When called out on it he would delete the people and then go on to talk shit about them when they were out of the group. Fun guy right?

What I really find funny is this dude is going around talking shit about his supposed brother. He’s calling people up making statements doubting someone’s credibility, more specifically if he was in a club he claimed to be in. That’s pretty fucked up if you asked me, especially when this guy is the one arranging get togethers for the group every year. Oh yeah, this out bad dude didn’t show up to the event last year, nor did he stay more than an hour at the previous one. You have to ask yourself if he’s a chickenshit?

Nobody is your brother over the internet

The individual who was kicked out of the group was pretty popular from what I’ve been hearing. Guess many left the group after he was kicked out. Those who didn’t leave with him were deleted by the out bad idiot.

Don’t forget to visit the best biker channel on YouTube

After the incident he made a video bashing this guy. He was calling him a cunt and everything else that would come to mind. Something which by the way was pretty comical, considering this other dude was in a respected club.

I’ve been sent videos from this group and all I do is laugh my ass off. I ask myself, “how in the hell does anyone follow this idiot?” Especially now that everyone sees his true colors. Again, someone who’s supposed to be a real close brother, why is he questioning the former membership status? This is something I would be asking if I were that guy. Oh yeah, FYI, dude is really going after you behind your back there bud.

One of the things I always tell my audience, Don’t take what I say as gospel! For one, I’m a biker entertainment platform. Secondly, I come from more of a gang mentality than a club mentality. I’m not going to sit here and give you advice on club stuff. I will cover the happenings in the scene and give you an opinion, but  I’m not into giving advice like some of these other people.

Burley guys with beards, black leather, tattoos and motorcycles can be an intimidating sight — outlaws for sure.

The only way you will  get answers to your questions is to ask in person. These Facebook groups are nothing more than a means for these idiots to get some attention. Don’t be a damn fool and play into their hands.

There once was a time when bikers in the scene had some common sense. It’s unfortunate that many of the modern bikers, especially the mid life crisis ones, lack basic common sense. The need to belong to something overrides a person’s intelligence I guess.  All I can say is, don’t be one of those people!